Did This One Sentence Just Prove The Plot Of “Cursed Child” Is Technically Impossible? 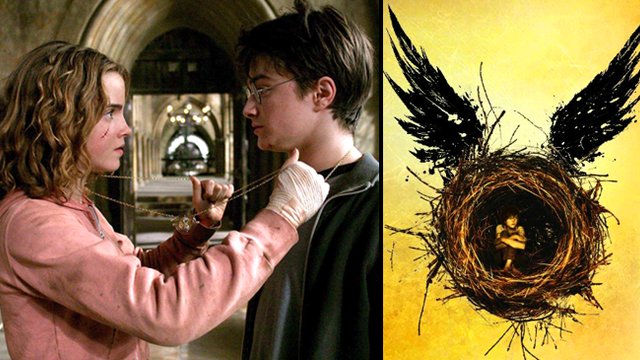 Right, before we get into this... you need to know that there will be spoilers in this article concerning the plot and characters of Harry Potter And The Cursed Child. So if you read it and end up with horrible spoilers running through your bloodstream, don't @ us. Ok? Ok... Let's begin.

Whether you like it or not, Cursed Child is canon within the universe of Harry Potter - meaning the plot and character developments are legit. It sort of undoes some of the nice things that happened at the end of Deathly Hallows and ruins a few of your hopes and dreams along the way. But we've seen the stage production; it's INCREDIBLE and we will not hear a bad word said about it.

THAT BEING SAID... a huge plot hole has come to our attention and we're sort of trying to wrap our heads around it. (This is your second spoiler warning. Don't say we didn't warn you.)

The main plot point of Cursed Child involves Harry's problematic son Albus, Draco's legendary son Scorpius and a big ol' time turner. (You remember, that cute necklace Hermione had in Prisoner of Azkaban? Like that but bigger.)

Anyway, the boys become obsessed with trying to save the life of Cedric Diggory - who died over twenty years ago - and end up travelling back to 1994 when the Triwizard Tournament took place. Things get crazy, Voldemort gets involved (ffs) and ultimately, they end up travelling as far back as the night Harry's parents died... in 1981 to sort it all out once and for all.

In one of the new ebooks that Rowling released in 2016, she wrote: “All attempts to travel back further than a few hours have resulted in catastrophic harm to the witch or wizard involved. It was not realised for many years why time travellers over great distances never survived their journeys.”

Crazy, right? You can't just CHANGE the rules! But actually, there might be a ~fair enough~ explanation for this entire mess. According to the Cursed Child, the time-turner in question was a one off special edition that allowed the user to travel back as far as they wished, but only for five minutes at a time.

It's entirely plausible (and delightfully convenient), that time-turners, like the one in Cursed Child, existed and their powers were kept concealed from the Ministry (and Voldemort) by their owners so that they could one day be uncovered and used to save the world by an annoyingly average teenage wizard. And THAT'S what we're choosing to believe. We'll leave it up to you to fight JK Rowling on this one.