Harry Potter’s House Is Completely Unrecognisable And Up For Sale! 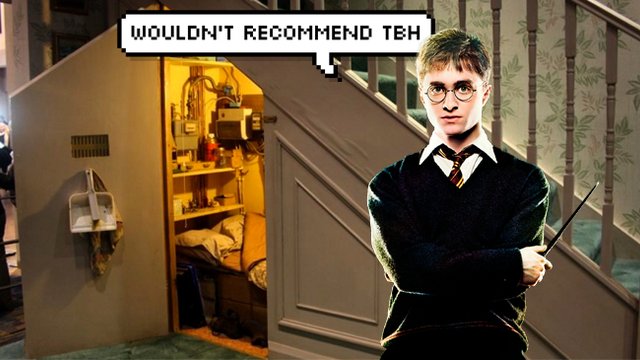 Comes with very comfortable room under the stairs...

Well, the house where Harry famously slept under the stairs is now up for sale! Yep, 4 Privet Drive is on the market. It was in 2001 that the unassuming property was chosen to be the location of Harry's home. It's had a bit of refurb since Harry was last sleeping under the Dursleys roof. After the first film, a set was used for the rest of the series, so the house only features in the first film. Still, kinda crazy to imagine walking among the walls of a genuine piece of cinematic history. Guess we better start saving our pocket money then.