Apparently There’s A Big Harry Potter Reference In Beauty & The Beast - Can You Spot It? 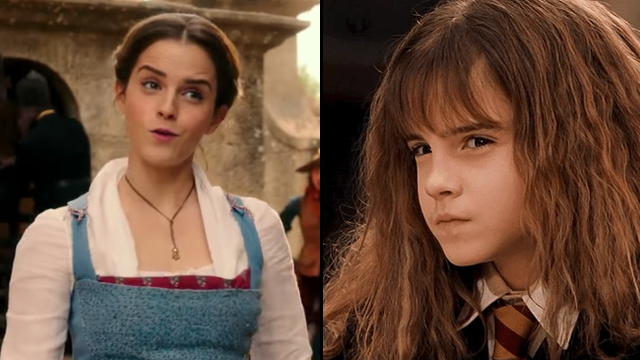 There's only a few more weeks until Beauty and the Beast is released into the world. (March 17th people, mark it down in your diaries!)

With Emma Watson at the helm, people have been frantically trying to make connections between Belle and Hermione. Some have even gone to the extreme lengths of editing Voldemort into the trailer of the Disney live-action movie to make it look like Belle has fallen in love with the Dark Lord instead of the Beast. How dare they.

Now everyone has taken it step further by spotting a "direct reference" to the Harry Potter films within a sneak peek posted on the film's official YouTube page. Can you spot what everyone is freaking out about?

When Belle stops to have a quick chat with Monsieur Jean, she asks him if he's lost something. He replies: "Well, I believe I have. Problem is, I can't remember what."

Doesn't that sound familiar? Is it ringing any bells? Any at all? How about... now?

Yeah - Monsieur Jean utters the same words as ya boi Neville Longbottom in Harry Potter and the Philosopher's Stone when his Remembrall turns red (After much online discussion, it turns out that Neville forgot his robes... in case you were wondering.)

It's a bit tenuous though, isn't it? We mean, that phrase is probably muttered in most of the films you've ever seen but here's the thing, the line WASN'T actually included in the original Disney film. Instead, original Belle dives straight into conversation with the baker about her book and then he starts spouting off to Marie about his Baguettes. Interesting...

So what do you think? Was it added as a cheeky reference for the most dedicated Potter fans out there or was it just merely a coincidence?