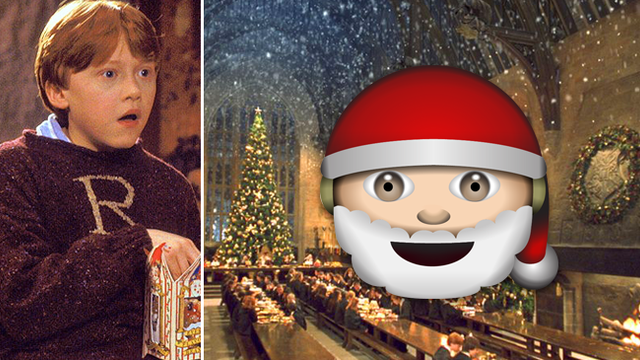 Pssst! Santa Claus is a wizard... pass it on.

We've all got our own stories and memories of how our parents explained Santa Claus to us. "How does he have the time to deliver all those presents?" ("If he starts in Australia, he can make it all the way back to America before the clock strikes midnight!") "How does he fit down the chimney?" ("He has a special shrinking potion!") But enough of those lies... because Santa's REAL identity has just been discovered.

You guessed it, he's a wizard.

In case you don't already know, the Harry Potter reddit thread is like the internet's very own Gringotts Vault. Full of shimmering commentary, rare conspiracies and solid gold theories. One particular theory, started by Arumple, has been unearthed and it speculates that Santa is in fact a Wizard. The evidence is *actually* overwhelming.

Brace yourselves, because everything you thought you knew about Santa is about to be blown wide open.

Arumple's initial thread started with a simple suggestion that "the whole "Santa coming down the chimney" thing is clearly just a muggle conspiracy to cover up the fact that Santa is a wizard traveling by floo powder." And then things escalated: 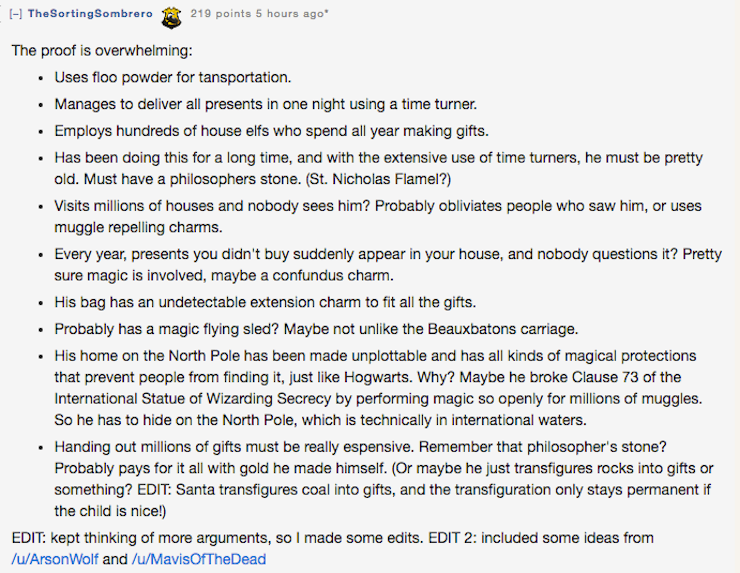 The floo powder, the undetectable extension charm, the use of the obliviate charm... TRANSFIGURING *claps* COAL *claps* INTO *claps* GIFTS! Nothing has ever made more sense to us, we can't believe we've never noticed this before!

The theory even goes into detail about the reindeer too. Rudolph's glowing nose? It's either Santa's special Patronus or he casts a quick Lumos spell on Rudolph's nose to guide the way across the skies!