Say Goodnight Haters - J.K. Rowling Is All About A Black Hermione 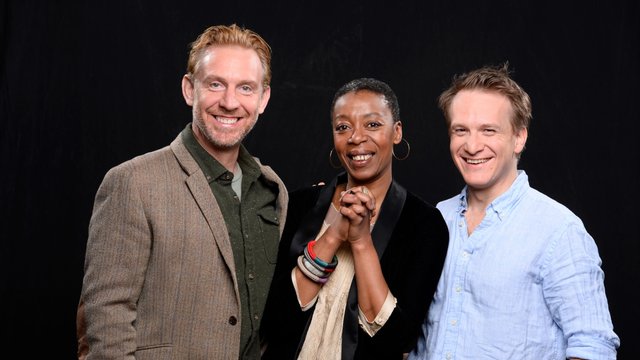 So, in case you hadn't noticed, black people are having a little bit of a moment. John Boyega wowed onscreen as the first black Stormtrooper in Star Wars. Lots of black people picked up some cool SAG nominations (for once), our President is still black, and...oh yeah. Hermione Granger is black now too.

You probably thought you were reading wrong when you woke up to the cool news that the actress cast to play a grown up Hermione Granger in Harry Potter And The Cursed Child, is black British actress Noma Dumezweni.

Noma is an Olivier award winning actress who has appeared in British mainstays like Doctor Who, Shameless, and Holby City. Even though she's not the Hermione most of us grew up with, her acting chops prove that she will definitely wow audiences fortunate enough to see her live.

And, unlike the awkward moment when people protested a black stormtrooper, the internet has reacted pretty awesomely to this bit of casting.

My president and my Hermione are both black lol yasss

Noma even has the stamp of approval from The Queen herself.

But not all the responses have been nice. Many people who are strangely invested in the race of a fictional character have been furiously tweeting about the racial integrity of Hermione.

Hermione is white. I will not stand by whilst the PC police and cultural Marxists try to erase white female heroes.

But, while some embrace their aggressive ignorance, most fans are rejoicing at the news. Being told that Noma is canon by the one woman in charge of the Harry Potter universe is so important. Young POC are being told that their place isn't just as ancillary characters like Cho Chang, the Parvati twins, and Dean Thomas. They can be front and center as well.

The casting comes at an amazing time. After Donald Glover was told he could never be Spiderman because he was black, and Idris Elba was told no one wanted a black James Bond, and Amandla Stenberg had to endure horrible criticism because some people didn't want to watch a black Rue, and John Boyega had to hold his head strong against criticisms of a black stormtrooper, Noma's casting feels significant.

Representation has always been the mother of progressiveness and this casting is one hell of a leap for representation. Hermione is easily one of the brightest and strongest female characters in modern literary times. Judging by the amount of fan art floating around on social media, it seems a black Hermione has been on people's minds for quite some time.

Some of my favourite Hermione fanarts next to our new Hermione! pic.twitter.com/80bIkcLBMJ

Harry Potter is all grown up. A stage production will breathe new life into an untold chapter of J.K. Rowling's hugely important universe. The Harry Potter series were likely the books that taught you to love reading, to love other people, and to reject prejudice. If ever there was a canon to give us the racially fluid characters we deserve, it would definitely be Harry Potter.