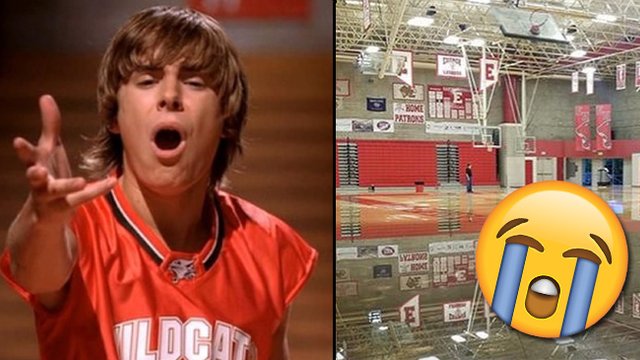 The school in Salt Lake City was hit by severe weather and now Disney fans are weeping over the pictures posted online.

Wildcats, we have some bad news - East High is no more.

KETV reports that a recent bout of heavy rain in the Salt Lake City area triggered a flash flood which destroyed several homes and schools including the actual East High where the Disney Channel movies were filmed.

Sad day at East High today A rain storm has triggered a flash flood and it is estimated that they have 2-3 million dollars in damage already! Basement is completely flooded, here is the cafeteria and they are trying to save the famous basketball court as we speak! Fingers crossed for our iconic #easthighschool #wildcats #hsm

Such a bummer!!! #HSM #wildcats #easthighschool

There is an estimated $2-3m worth of damage done and fans of the movie franchise have been sharing their heartbreak online:

Now I can never visit the iconic set pic.twitter.com/qqVsvuEnoC

Don't worry guys, we're all in this together.

But hey, one silver lining here - you know what would definitely help raise some cash to rebuild the school?