This Cardboard Star Wars Trailer Is Better Than Episodes 1,2 & 3 Combined 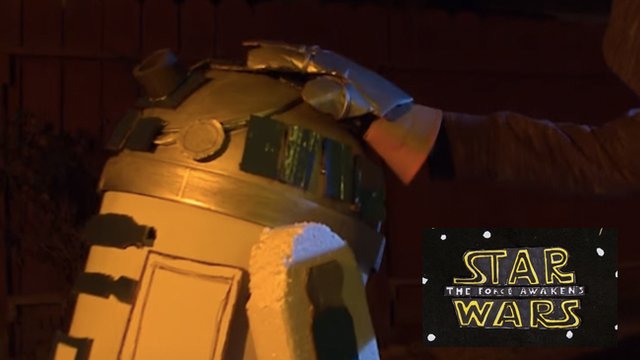 May the force be with you (and your cardboard box).

Recently it seems that movie trailers have been received as much hype (if not more, in some cases) than the actual films themselves.

The hysteria surrounding the Star Wars trailers has been quite enthusiastic, with fans, publications and YouTubers dissecting every frame, sound and pixel to death. Although, we're ngl, we've been doing the same, too #WhereIsLukeSkyWalker?

But one video that we've stumbled across is so creative and totally awful but in the most splendid and majestic way. The YouTube channel Dumb Drum painstakingly recreates trailers scene-by-scene only using cardboard, household items and sheer ingenuity, and the results are INSANE kinda silly, and totally on point.

Seriously, why is this man running around with a dog in his arms?

Just look at the Millennium Falcon!

WTF is going on here!?

You NEED to watch this trailer RIGHT NOW.

May the force be with you...