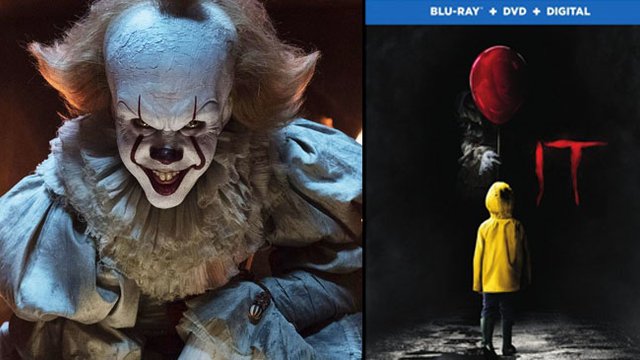 Soon you will be able to enjoy Pennywise and The Losers Club from the comfort of your own home with extra bonus features.

IT, the critically acclaimed, record-breaking horror movie of 2017, is finally coming out on home release, arriving on Digital Download on December 19th and on Blu-Ray and DVD on January 9th 2018.

The film's offical Twitter account posted a teaser video announcing the dates (warning - may contain a sudden burst of Pennywise):

Don’t be afraid, #Pennywise is coming over. Bring home #ITMovie on Digital 12/19 and on Blu-ray™ 1/9. https://t.co/Xn03YUUZBr pic.twitter.com/WrLqQAWxJc

Don't say we didn't warn you!

Bonus features on the Blu-Ray include...

Sounds pretty exciting to us.

No word yet on which deleted scenes have made the official release but they may give at least a glimpse at that horrifying baby eating scene as mentioned by Bill Skårsgard. We'll bring you more info as we get it.