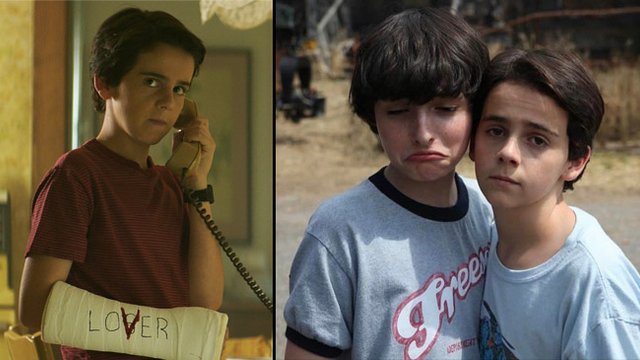 Jack Dylan Grazer has criticised some fans for seemingly sexualising the 14 year old stars of the horror movie.

Jack Dylan Grazer, the young star of hit horror movie IT, appears to have responded to the shipping of him and fellow star Finn Wolfhard that has been heavily criticised online.

For those in the dark, Jack and Finn, who play best buddies Eddie and Richie in the film, have come under a great deal of attention from a small circle of the fandom who have written fan fiction imagining the pair getting together and even making video edits with gay love themes. Many have pointed out that this sexualisation of two 14 year olds is pretty unacceptable, especially as it stretches beyond just their characters but to the real actors themselves, the ship being given the name 'Fack', mixing Finn and Jack as opposed to 'Reddie' which references the film.

Of course, the overwhelming majority of the IT fandom has been quick to call out this kind of behaviour and now it would appear that Jack himself has weighed into the debate with Buzzfeed reporting that his YouTube account has left a comment criticising shippers underneath a video entitled 'jack grazer lowkey likes boys'.

Buzzfeed have apparently officially reached out to Jack and Finn for comment but are yet to gain a response. Jack is currently appearing in the CBS sitcom Me, Myself and I while Finn's second season of Stranger Things begins streaming on Netflix later this month.

It is perfectly understandable that Jack would get annoyed about this shipping and perhaps these members of the fandom (which, again, are very much a minority) should not only remember the age of people they are talking about but also that they are, you know, real people, not characters.

But hey, you know what is more than ok? Enjoying some of the hilarious videos the child cast all made together on set. Because Pennywise-inspired friendship goals is something we can all support.