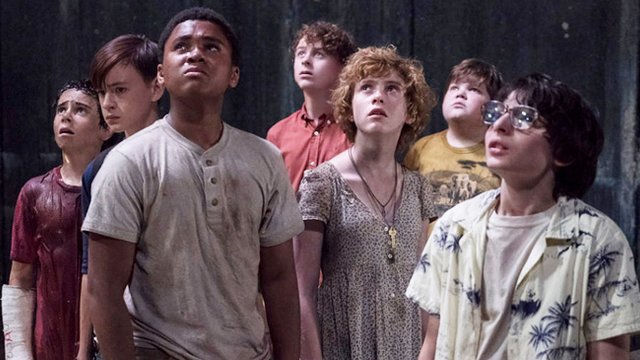 The original version of the hit horror movie was a much bloodier affair.

Having already broken countless box office records, IT is set to rake in even more cash when an extended version is released on DVD, Blu Ray and digital download later this year.

And now we have a hint at what we can expect from the bonus footage as one fan on Reddit has revealed details of several scenes that were screened for test audiences but never made it into the theatrical release.

A speech from Stan, Henry being arrested by the police and more Pennywise sequences are among the footage that didn't make the final cut. But, perhaps most interesting is the description of the death scenes which were said to be much gorier, with Georgie's capture involving more blood and two extra death scenes involving the bullies: 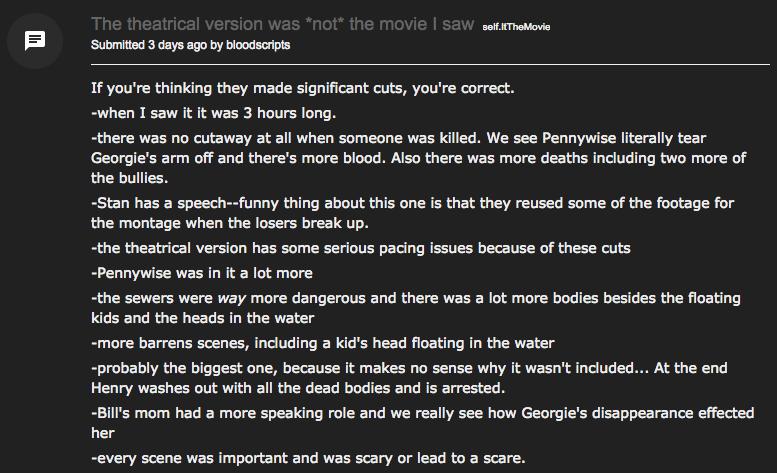 Test screenings are generally held in order to gather audience feedback before the final edits so perhaps the crowds were put off by the extra gore and producers decided to tone it down for the final release. It certainly would have changed the overall vibe of the film and, arguably, made it more terrifying and truer to the horror genre.

Meanwhile, IT has been submitted by Warner Bros for the 2018 Oscars across all the major categories. Nominations will be announced early next year.

Sam Corlett: 9 facts about the Chilling Adventures of Sabrina newcomer you need to know

Mean Girls the Musical is officially being turned into a film

Billie Eilish says she considered taking her own life

Lizzo responds to criticism that her music is for white people

Netflix's Cheer: Will there be a season 2 with Navarro College?