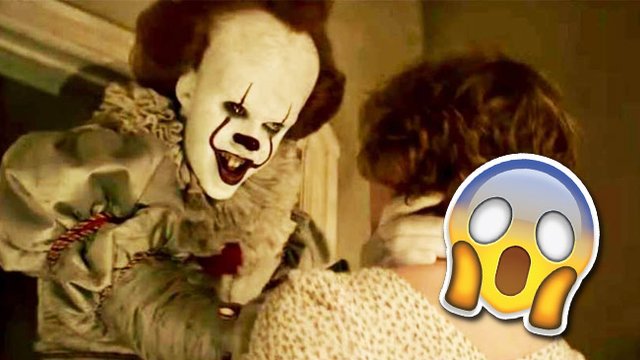 The sequence may appear on the Director's Cut Blu Ray which is due out later this year.

Yet another deleted scene from It, the horror adventure movie breaking box office records worldwide, has been revealed and this one would give the film a very different, even more action-packed ending.

Variety chatted to Jaeden Lieberher who plays Bill about working on the Stephen King adaptation and he filled them in on an elaborate flying fight sequence he shot for the finale that ended up on the cutting room floor:

"I did have this scene where I climb up the tower at the end. When I’m chasing after Georgie, I climb the tower and I’m at a one-on-one confrontation with Pennywise and then I say that I’m not afraid of him, that none of the losers are afraid of him, and that’s how we beat him. But they took those lines and put toward the end, right after our big fight. So I had this whole thing where Bill Skarsgard is grabbing me and pushing me off the ledge, and I had to wear this harness. That was a more difficult scene."

Damn, that sounds like a very cool sequence and would certainly have made for an even more epic ending. Fingers crossed we will get a taste of it when the previously announced Director's Cut DVD and Blu Ray drops later this year.

Other notable scenes cut from the final film include an origin story for Pennywise set in the 1600s. Director Andy Muschietti has previously stated that the extended edition will feature around 15 minutes of new footage. We can't wait.

It is in cinemas worldwide now. A sequel, tenatively entitled It: Chapter Two, is currently due for release in 2019.