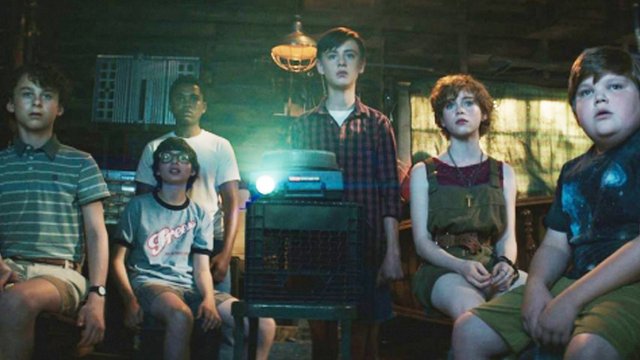 The Losers Club are coming back with even more 1980s horror goodness and the director has just revealed all the details...

Get ready It fans because there is even more Pennywise-related goodness on the way with news that Warner Bros are preparing to release a directors cut featuring new and extended scenes.

Yahoo! reports that director Andy Muschietti has confirmed that the studio requested the new version for release on DVD and Blu Ray later this year, saying it should come in at about 15 minutes longer than the current cut which runs at 2 hours 15 mins. But what scenes will make up those precious extra minutes? Well, fans can look forward to seeing an extended version of the "quarry scene" featuring The Losers Club:

"There's a great scene, it’s a bit of a payoff of the Stanley Uris plot which is the bar mitzvah, where he delivers a speech against all expectations… it’s basically blaming all the adults of Derry [for the town’s history of deadly "accidents" and child disappearances], and it has a great resolution".

Sounds exciting! Although as much as we are more than happy to watch extra footage of The Losers Club in action (particularly if there are more Richie one-liners to be had), hopefully the new version will also include a few extra scares here and there. No word yet on whether there will be some additional Pennywise either but, come on, surely they will throw in at least one more clown related moment right?

No release date has yet been revealed for the DVD and Blu Ray but you can probably expect them to arrive around Christmas time.