This Terrifying Movie Character Almost Made A Secret Cameo In 'IT' 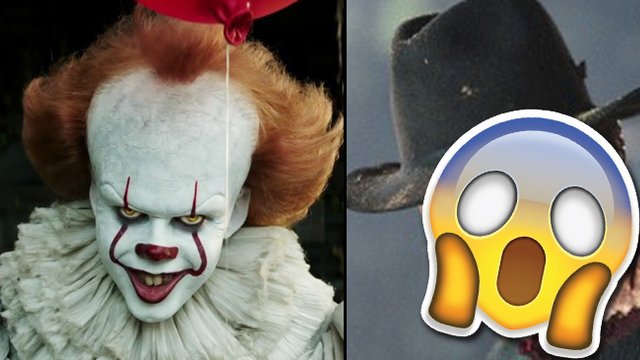 Director Andy Muschetti revealed that one of the 1980s biggest film stars was very nearly a part of the 2017 movie.

It, the current movie adaptation of Stephen King's classic novel, already features one of the most iconic villains of all time in Pennywise the dancing clown. But, according to director Andy Muschetti, it almost had another famous movie bad guy popping up for a quick cameo.

In the book, the story is set in the 1950s and It manifests itself as the fears of the kids, including the Universal movie monsters that were huge at the time. The 2017 version of It moves the action from the 50s to the 1980s and there are many pop culture references throughout the script, so it would make sense that the kids of the Losers Club would be similarly afraid of one of the biggest film villains of the time period - A Nightmare On Elm Street's Freddy Krueger. And, as both movie franchises are owned by New Line, discussion was had about throwing the character into Derry to help Pennywise terrorise the Losers Club in a cameo role.

But, it turns out that while Muschetti toyed with the idea of placing Freddy into the world of It, he told Ain't It Cool that they later shelved the idea:

"Obviously we considered that for a bit, but I wasn't too interested in bringing Freddy Krueger into the mix. It's distracting and it didn't feel right, for some reason. I wanted to bring fears that were a little more layered and related to childhood trauma and more surprising in general. I thought it was a bit too meta with New Line involved in the film".

Probably the correct decision to be honest. While Krueger is definitely one hell of an evil dude, the last time he popped up alongside another villain was in Freddy Vs Jason which was, it's fair to say, absolute rubbish.

Still, maybe It: Chapter Two, which will be partly set in the present day, will feature some other pop culture figures of now. Fingers crossed for Richie taking on the Demogorgan.