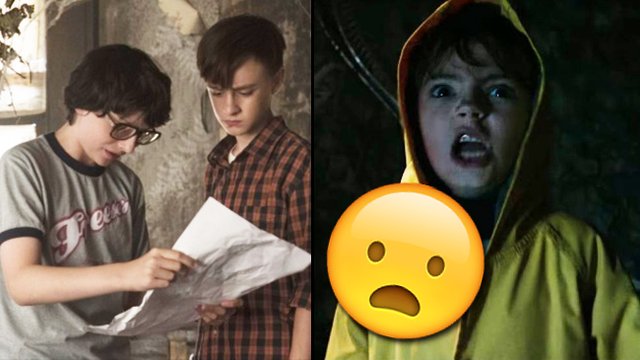 Fans of the book spotted a sneaky reference to a major character thrown in to the movie.

Fans of It are, of course, already seriously hyped about the sequel, tentatively titled It: Chapter Two, which is due in cinemas in 2019.

As of yet, not many details are known about what elements from the book will be carried over to the movie, which will be set in the present day with adult versions of The Losers' Club facing off once again against Pennywise.

But, some eagle-eyed viewers familiar with Stephen King's novel have spotted some sly references that may hint at what's to come.

In the original book, an ancient turtle named Mataurin, who apparently created the universe in a bout of indigestion (I know, but stay with me) helps the Losers' Club defeat It by giving them all the info they need to take Pennywise down.

And while Mataurin obviously didn't pop up directly in the movie, there were a couple of subtle reference to the turtle thrown in for good measure.

The first one comes when the kids are swimming in the quarry and Bill shouts 'It's a turtle' as he spots one underwater. The second more obvious reference is when Bill is in Georgie's old room and picks up a Lego turtle toy that later smashes dramatically on the ground as he spies It pretending to be his dead brother.

Plus, there is also a tin of Turtle Wax in Georgie's basement and HorrorFreakNews reckon this tarp-covered object in the opening sequence may also be, you guessed it, a turtle:

So, does this mean we might be seeing Mataurin pop up in Chapter 2? Well, don't get your hopes up as director Andy Muschetti told Collider that he ain't a massive fan of the idea:

"I was never too crazy about the mythology, but it is mentioned, and the turtle appears, as a Lego. It’s a Lego turtle. It’s a presence that’s there in the key moments of the story."

But, hey, who knows - maybe the creative team can find a cool way to throw something in for the next movie. We would certainly not be adverse to the idea of a giant turtle god appearing in Derry. It's no more ridiculous than a killer shapeshifting clown when you think about it...