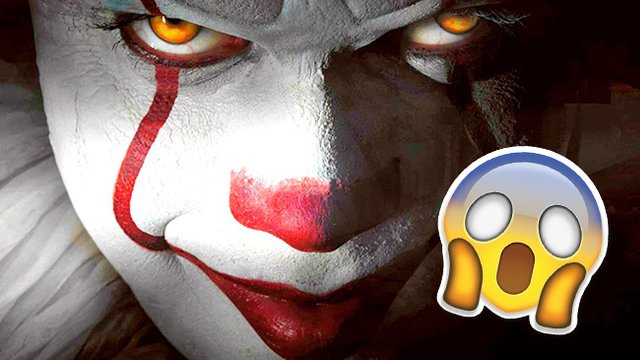 Pennywise the dancing clown has been terrifying audiences worldwide in the incredibly successful new movie adaptation of Stephen King's It. But did you ever wonder just where this circus freak came from? What's the backstory to the character?

Well, actor Bill Skarsgård has revealed to Variety that he in fact filmed a scene which explains the full origin of Pennywise set in the 1600s:

"There was a scene we shot that was a flashback from the 1600s, before Pennywise [was Pennywise]. The scene turned out really, really disturbing. And I'm not the clown. I look more like myself. It’s very disturbing, and sort of a backstory for what It is, or where Pennywise came from. That might be something worth exploring in the second one. The idea is the 'It' entity was dormant for thousands and thousands of years. The [flashback] scene hints on that."

No word on why it was so 'disturbing' although, as Variety point out, an earlier draft of the script that leaked online featured "a colonial-set sequence where It devours a child". Guess old habits die hard...

We already know that Pennywise has been around for a long time, with 'It' appearing in the town of Derry every 27 years. The clown can even be seen in a picture hanging on the wall during the film: So, will the filmmakers revisit this plot line for the sequel? Or perhaps this existing scene will be included among the new material being saved for a Director's Cut DVD due for release later this year? Either way, we can't wait to see even more of Pennywise on screen soon.