Izzie Is Coming Back To "Grey's Anatomy"... But Not In The Way You Think 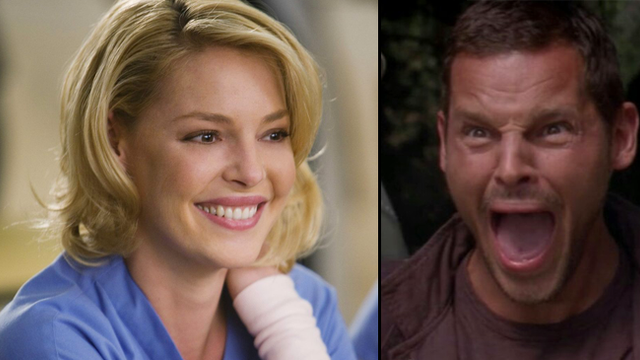 They're doing something "special" for the 300th episode.

Grey's Anatomy is about to air it's 300th episode this Thursday (Nov 9th) and we honestly cannot believe it's been that long. In honour of the incredible milestone, the show is about to "bring back" a bunch of your all time favourite characters... but not in the way you think.

And one them is the rarely mentioned Izzie Stevens.

In the episode, three patients are brought into the hospital that bare a striking resemblance to three of the original interns from the MAGIC squad; George, Cristina and Izzie. Izzie will return - in spirit - as a patient that reminds both Alex and Meredith of former best friend. (Well, ex-wife for Alex in this case too.)

“Cristina, George, and Izzie we’re thinking about a lot during this episode because our three guest actors on the show actually really look like them and remind the rest of the doctors of those characters. That causes the original group to really remember those people well and want to fight for these ones to live," said Sarah Drew about the episode in an interview with EW.

The episode is said to be a love letter to the fans who have stuck with the show during it's 14 season run and will bring up a few ghosts of the past. Executive producer Krista Vernoff revealed the episode will “honor the beloved char­acters who have come and gone during the 14 seasons of our show. [We] might not have hit all of them, but [we] paid some small ­tribute to most.”

We mean, all of that sounds cute as hell but what we really REALLY want as a 300th episode gift is for our girl Cristina to come back in real life... and maybe somehow bring Addison with her. PLEASE AND THANK YOU.