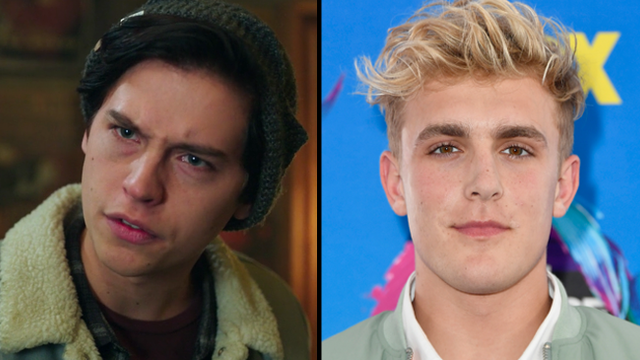 "If Jake Paul joins Riverdale's cast, I am suing."

Twitter is rife with unsourced, made-up "rumours" about who or who might not be joining the cast of Riverdale for the second season. In fact, there's been approximately 733 tweets about casting rumours surrounding who will be play Betty's brother; some of them have been scarily believable (ummm, Caleb from PLL? Sign us up!) while others have been terrible.

And now, thanks to this tweet, the internet thinks that Vine-star turned problematic YouTuber Jake Paul will be joining the cast as Betty's secret brother and people are absolutely LOSING it - not in the good way, might we add.

fuck right off with that bullshit if it's tru i'm buying a one way ticket to bermuda pic.twitter.com/Tr2GyoosKW

Me if Jake Paul joins the riverdale cast pic.twitter.com/dXSRBGC2Sn

if jake paul joins riverdale's cast, i am suing

so apparently jake paul is gonna be in riverdale pic.twitter.com/Jbkot6CGdh

Jake paul is gonna be in riverdale season 2 as Betty's brother? pic.twitter.com/kGeKhmHjqf

how would you feel if jake paul joined the cast of riverdale?

If you can cast your minds back to late July, you'll remember that Jake, who has been terrorising his neighbourhood with his behaviour recently, left the Disney Channel citing that a "mutual agreement" had been made in regards to his future on the network.

After the constant negative attention that Jake has been receiving the press, it's highly unlikely that he would snag a role on one of the biggest shows on TV right now. So just before you start panicking and making new plans for October 11th, our lord and saviour Lili Reinhart has come in clutch with a response that says it all.

Anyway, enough about Jake Paul, there's an even BIGGER and BETTER casting rumour that's been doing the rounds and honestly, we can't believe we didn't think of it in the first place. Genius. Inspired. We're already salivating over the emotional range and depth this performance will bring to the show.