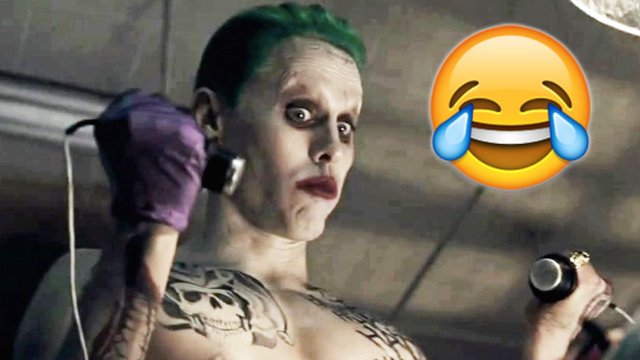 Jared's method acting has finally paid off as he gets the awards recognition he truly deserves...

Jared Leto, the used-condom sending "serious actor", has finally been given the awards recognition he truly deserves for his hammy performance in blockbuster Hot Topic-sponsored art-piece Suicide Squad...

Yes, Jared has been shortlisted for Worst Supporting Actor at the annual Razzie awards.

He is facing the likes of Will Ferell, Jeff Goldblum and Johnny Depp at the annual awards ceremony, celebrating all the very worst of the year in cinema.

But Jared shouldn't feel too lonely, as his fellow Suicide Squad castmate Margot Robbie is also shortlisted in the Worst Actress category, not just for her work as Harley Quinn but also for her performance in The Legend Of Tarzan.

Oh and, of course, there's the small matter of Suicide Squad being up for Worst Picture, against that other dull superhero movie Batman Vs Superman.

Check out the full shortlist here. Final nominations will be announced on January 23rd ahead of the awards ceremony in February.