Jared Leto Responds To Rumours He’s Being Recast As The Joker: “I’m A Little Confused” 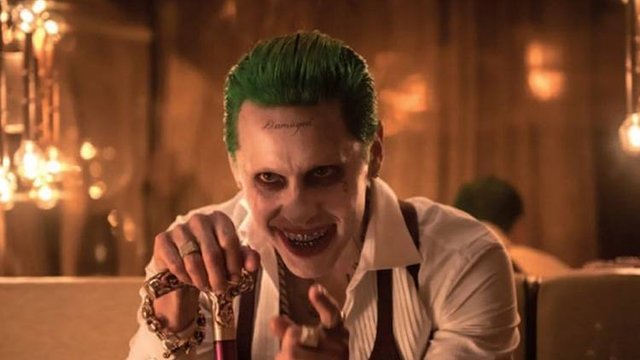 Warner Bros have been hinting that a seperate movie could be on the way featuring another Hollywood star in the iconic villain role.

Jared Leto has opened up about the rumours surrounding the various Joker movies said to be in development at Warner Bros...and whether or not he will return to the role.

Leto famously played the comic book villain in Suicide Squad and it was presumed that he would reappear as the character in future DC movies alongside Ben Affleck's Batman. However, recent reports have suggested that the movie studio were not only planning a Suicide Squad sequel but also a Harley Quinn and Joker duo movie and two solo Joker movies - one starring Leto and one potentially with Leonardo DiCaprio set outside the DC universe.

Basically, it's all a bit confusing, but at least we're not the only ones who's minds are thrown as Leto explained in a recent chat with On Demand Entertainment:

"I'm a little confused, too...I love the Joker. He's a great character and really fun character to play. But it's a big universe and when you play the Joker, there's no ownership there. You have the honor of holding the baton for a little while and then passing it off".

So, does that mean Leto is ready to leave the role? Or is he just waiting to see how this whole thing plays out?