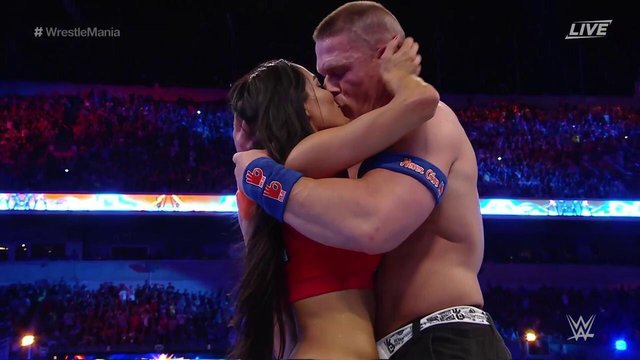 The living meme very nearly broke the internet after his romantic gesture live on TV.

John Cena, the wrestler, hilarious movie actor and living meme in chief, managed the seemingly unthinkable last night (April 2nd) by turning the Citrus Bowl in Orlando into the most romantic place on earth, proposing to his longtime partner Nikki Bella in the middle of the ring during the annual Wrestlemania PPV event.

Live on television around the world, John, fresh from completing a gruelling victory, pulled a shiny diamond out of his pocket and got down on one knee in front of the thousands of gathered WWE fans.

And, by the looks of it, he managed to completely break the internet in the process. Here are just a few of our favourite online reactions to John's epic surprise moment: