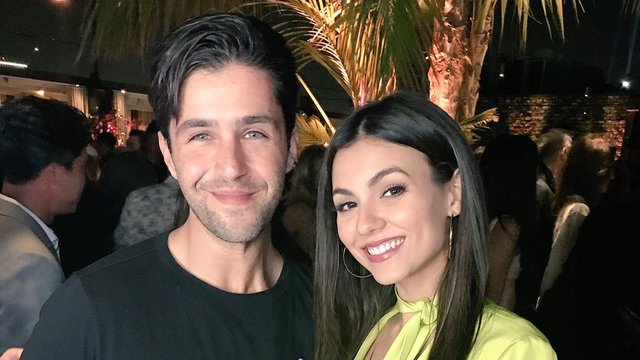 Former Nickelodeon star, Josh Peck has been in the news lately, along with some of his fellow child star alums. Sure, not all of the news has been positive, but Josh just tied the knot so, he is clearly thriving.

One Nickelodeon star that Josh isn't on the outs with is Victoria Justice from Victorious. The pair were all smiles after running into each other at a party recently.

Josh responded to the photo and basically summed up what we were feeling when we first saw it.

Got me right in the childhood, great seeing u! https://t.co/wbjmP6JHyu

This is why can't have nice things. Can the man LIVE?

Perhaps one day Drake & Josh fans will forgive Josh for the wedding fiasco. Clearly, that day is not today.