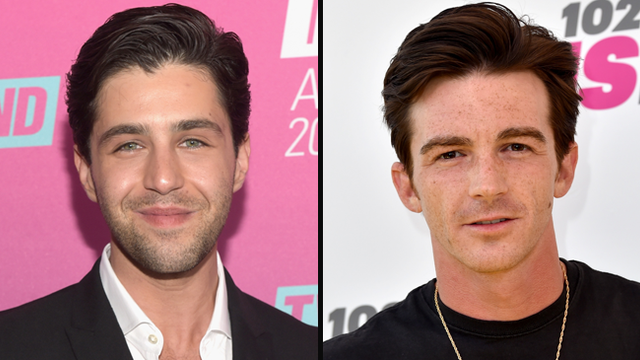 As you will no doubt remember from a few days ago, Josh Peck got married and his former co-star Drake Bell was not invited to the wedding. After seeing the pictures on social media, Drake took to his Twitter to write a few choice words about the snub (which he later deleted) and well, ruined everyone's childhoods in the process.

Josh hasn't officially responded to those tweets yet but is reportedly said to have been "really hurt" by them. But he did stop by the 'Allegedly with Theo Von and Matthew Cole Weiss' podcast recently (it was recorded before the wedding) and revealed exactly what his friendship with Drake is actually like these days.

In the interview, Josh was asked what it was like to have to keep answering questions about his friend and former co-star and his answer? Well, it's kinda not what we were expecting.

"When people see Drake and I together  - and it rarely happens -  they're like, 'What, what are you doing here?' I have no good answer for when people ask - and I get [it] all the time - it's 'Where's Drake?' I go, 'I wish I had a better answer but probably at home. Whole Foods?'"

So between that and the whole not-being-invited-to-your-former-on-screen-step-brothers-wedding thing, it's pretty clear that Drake and Josh don't really speak anymore and haven't been major players in each other's lives for a while.

Sucks, right? Let's just blame it on Megan. Whatever.