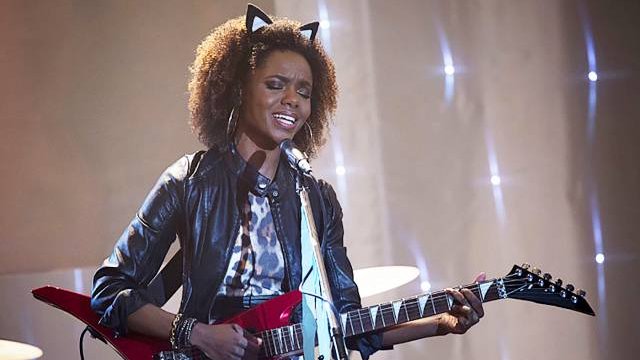 Ashleigh Murray, aka Josie, spills all about her choice of solo plotline for her bandmates.

Josie & The Pussycats, the legendary musical group and the real stars of TV's Riverdale, are rumoured to be getting their own spin-off series.

The trio have quickly become fan favourites with Josie's incredibly accurate description of Archie in the pilot episode now having reached iconic status.

But will the girls get their own series outside of Riverdale? While the show is still very much in its early days, a lot of fans have been asking that question online, especially as the characters have already been the subject of their own cartoon, comic strip and movie in the past. So, what does Ashleigh Murray, the actress behind Josie, think about the idea? She told MTV in a recent interview:

"I think she would explode in New York City just like I did! If we ever did get a spin-off, I hope it follows her first trip to New York City. I think she would lose her mind. She would do really well, but I'm not sure her Pussycats would fare the same...Valerie might be able to hang, but I'm not sure Melody would want to do it because she's got her own aspirations outside of music — she just happens to know how to play the drums and love performing, but it's not her dream. So it might create a rift because New York isn't for everyone. You have to be a certain kind of person with a certain kind of spirit to really connect to a city like that, and Josie absolutely has that."

NYC is certainly a great place to try and make it as a band so it would make sense as a setting for any potential spin-off. Watch this space Riverdale fans.

You can catch up on season one of Riverdale on CW in the US and Netflix in the UK.