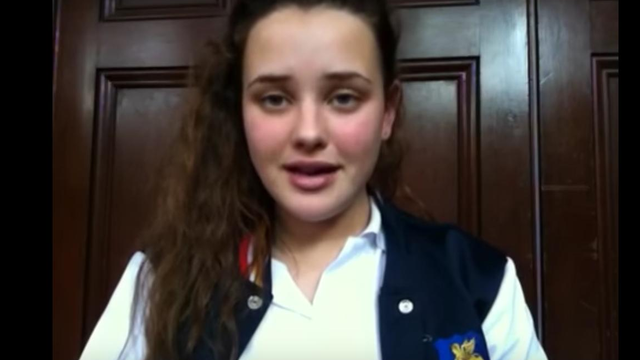 Videos of teenage Katherine Langford have been unearthed.

Aussie native, Katherine Langford may be a newcomer to the international acting scene but she's very talented. Her portrayal of Hannah Baker on Netflix's 13 Reasons Why was an remarkable portrait of teenage life.

Before you knew her as Hannah, Katherine Langford studied musical theater in school. That training likely inspired newly unearthed videos of a young Katherine singing on YouTube.

Buzzfeed reporter Jen Abidor discovered the old videos and we are anxiously awaiting some kind of EP.

To put the icing on the cake, these are all Katherine Langford originals. Not only can she sing but she can write as well. She officially has the range.

The videos are from 2013 which would have made Katherine around 16 or 17 at the time these were recorded. In a couple of the videos she can be seen wearing her school uniform which adds another layer of intrigue.

We're ready for this music career whenever you are, girl.