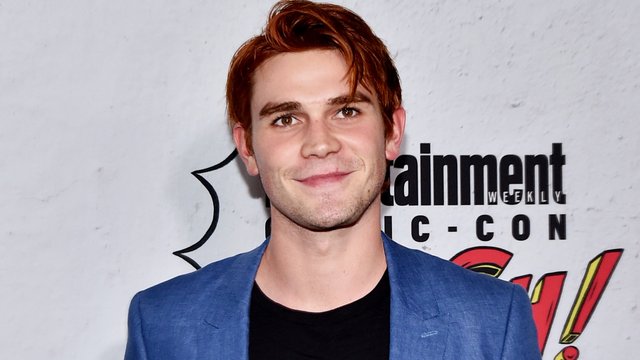 The 'Riverdale' was involved in a road incident earlier this year after working a 14 hour day.

Riverdale star KJ Apa has opened up for the first time about his late-night car crash that made headlines earlier this year.

KJ, who of course plays the lead role of Archie, was driving home after working a 14 hour day on set when he fell asleep at the wheel and was taken to a local hospital, prompting an investigation by the Screen Actor's Guild into the show's working hours and conditions.

But now, in an interview with Esquire, KJ has taken the blame for the crash himself:

"That was just a one-off accident, and it was a mistake on my part. I should have pulled over and gone to sleep instead of battling my way home...It was a blessing in disguise. I came out unscathed, and I thank God that I’m okay — it could have been a lot worse."

However, it should be noted that the working hours and practices, which multiple cast and crew members were said to have complained about in the wake of the accident, remain unchanged:

"The schedule didn’t change. It’s still a requirement for the actors to drive to work, which is fair enough. The crew works longer than we do, and they have to drive back and forth to work every day."

At the time of the incident, producers Warner Bros had stated that "KJ has repeatedly been informed about making production aware if he is tired or feels unsafe, and if so, either a ride or hotel room will be provided for him." Vulture apparently reached out to see whether this was still standard procedure but were told no further statement would be made at this time.

Riverdale season 2 continues on The CW and on Netflix in the UK.