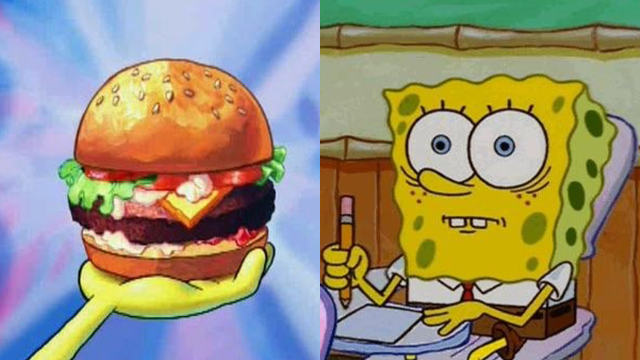 You want fries with that?

As every Spongebob Squarepants fan knows, the krabby patty is as much a star of the show as Spongebob or Patrick (sorry not sorry Plankton).
But now the internet is shook all the way from twitter to Bikini Bottom, as one tweet conversation has blown the case wide open and exposed what they think is the secret ingredient that makes krabby patties so damn delicious.

Proof we hear you ask? Let’s just say the receipts are as hot as the patty griddle at the Krusty Krab…

plus the krusty krab is literally a crab trap pic.twitter.com/JP21gdEcjF

And when he takes a bite out of an old krabby patty in one episode he goes "oh, so THATS what I taste like" BAM

I'm actually really disappointed that so many people didn't know this lol pic.twitter.com/tTSnJsxA1K

Let’s just say we’re not the only ones that are shook by this potential revelation.