Lena Dunham's Appearance On "AHS: Cult" Has Pissed Off A LOT Of People 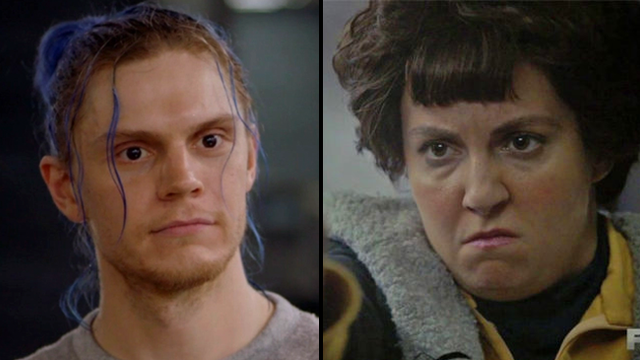 Fans weren't all that into Lena Dunham's character on the show and didn't hold back on Twitter.

When Lena Dunham was announced as one of the new cast members for American Horror Story: Cult, fans kicked off big time before even knowing the details. She responded to the backlash in the most Lena Dunham way possible by tweeting a sassy pop culture reference and moved on with her life and dived head first into preparing for her role.

Lena's episode of AHS finally aired this week (Oct 17) where she portrayed the real life radical feminist Valerie Solanas, the woman who shot Andy Warhol. Most of the episode was focused on her and her maniacal obsession to completely eliminate the male sex via the SCUM manifesto. Her performance was powerful, terrifying and low-key convincing but some fans online absolutely slated it all because of one huge detail.

Fans could NOT stop complaining about how bad her accent was and they didn't hold back about it on Twitter either.

So we didn't get to see Lena Dunham get murdered on AHS, but we did get to see her murder an accent

What is this accent is she trying to do #AHSCult pic.twitter.com/QU6OW0wkZT

I didn't think it was possible, but Lena Dunham is even more annoying than usual with this stupid accent #AHSCult

Her accent wasn't the only part of Lena's performance that happened to piss off the fans though. Some went as far to bring up the 2014 allegations that Lena had "molested" her sister when she was a young child and compared it to a line that Valerie says during the episode.

(By the way, Lena was never charged with any misconduct and her sister even went as far to release a statement on Twitter negating the claims.)

okay. so. I just find it funny how Lena Dunham is on American Horror Story going on these pro women anti rape tangents like she didn’t molest her sister

Lena on AHS preaching about how women don't rape or molest but she molested her own sister... must have been awk to have that role #AHSCult

did ahs rlly have lena dunham say “do women rape their daughters?” as if she didn’t molest her sister .. i’m over it

Honestly, Lena's performance wasn't nearly as offensive as half of the fandom made it out to be, it was literally fine. In fact, she was perfect in the role but yeah, that accent... shall we say, hit and miss? It happens to the best of us, babes.