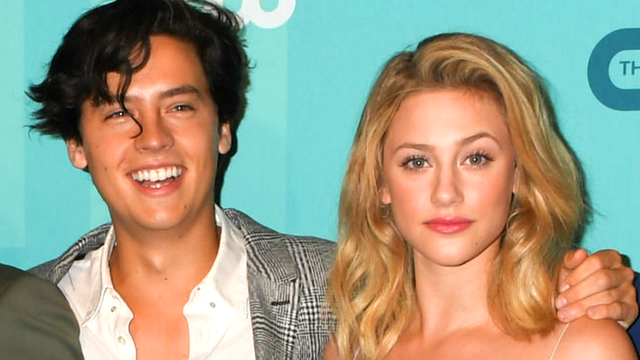 She also thought one of her new cast mates was "hot" and tbh, same...

If you've ever wanted to know what Lili Reinhart thought of Cole Sprouse the first time she met him, today is your LUCKY day!

Lili sat down for an interview (and absolutely GORGEY photoshoot) with W Magazine recently where she discussed how anxiety has affected her career, how she almost lost the role of Betty Cooper on Riverdale and which one of her cast mates she thought was "hot" when she first met them...

Recalling the first time she ever met her would-be BBFs, she revealed that she "thought KJ was so hot, so charming," (same, tbh) and that Camila Mendes, who she had already seen at the studio test was "so beautiful."

But the real tea is when she describes what it was like when she met Cole Sprouse, the Disney Channel legend, for the first time.

"It's funny, I don’t really remember having an opinion on Cole, to be honest. Of course, I had grown up watching [The Suite Life] but I wasn’t really starstruck. He just seemed like this really attractive, normal guy.”

Bet you weren't expecting that! She went on to elaborate about the incredible relationship that she and Cole have managed to create between their two fictional counterparts, Betty and Jughead, describing it as "really intense".

“People are obsessed. They are some really beautiful moments between them, but also really intense. Season two is kind of heart-wrenching. Betty is going through a traumatic situation, and your heart goes out to her, but you also see some new sides to her, which I’m super excited about. Season two definitely opens a door to showing different sides to all of these characters, and it is really beautiful to watch.”

Read the rest of the interview at W Magazine.com.