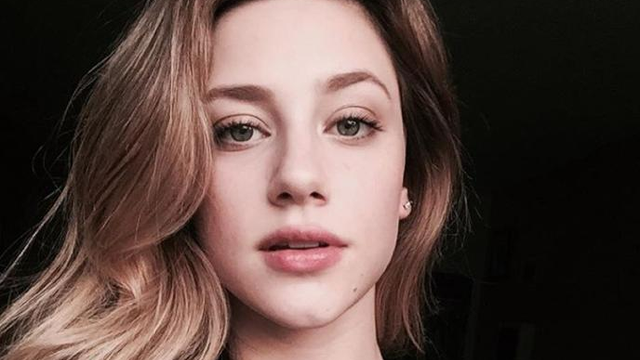 Lili decided to share her own distressing story in light of the allegations against Weinstein.

Over the past few weeks, thirty-four women (and counting) have accused Hollywood producer Harvey Weinstein of sexual assault; from high profile actresses such as Gwyneth Paltrow and Angelina Jolie to young, unknown twenty-somethings trying to get their first big break in the industry.

The bravery that these women have shown has inspired countless others to share their experiences with sexual assault (including some pretty high profile men) including Riverdale's Lili Reinhart.

Lili bravely decided to share her own distressing story in light of the allegations against Weinstein to highlight how common and unacceptable sexual assault against women (and men) is in the film and television industry. In a post shared to her Tumblr page, she detailed the horrifying story of her own encounter with a much more famous male co-star.

"I feel the need to share a story of my own personal experience where a man in a position of power over me, used that said power to try and take advantage of me. I was a teenager working on a project.. when I started to have a crush on a guy I was working with," she wrote in the lengthy blog post. 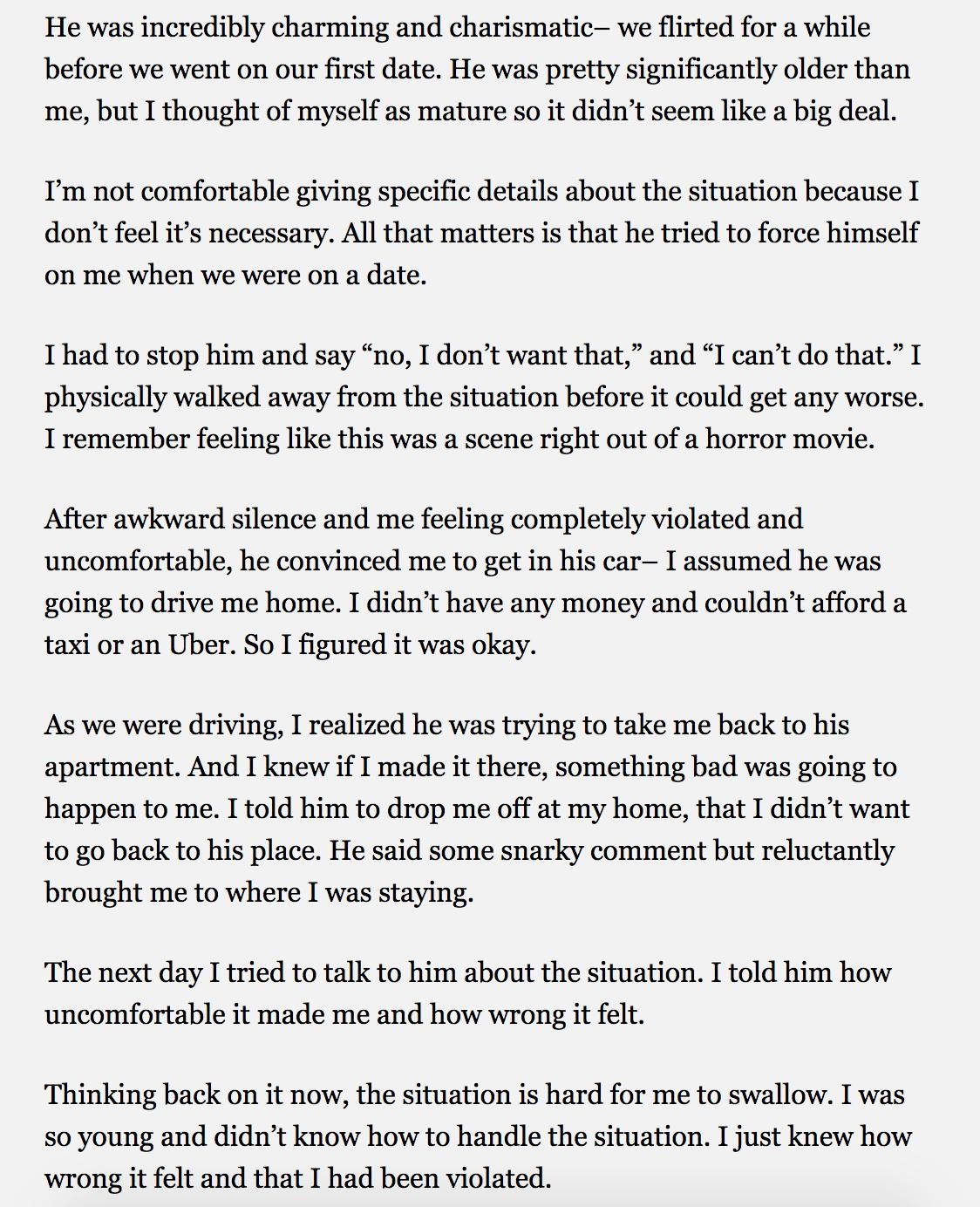 Lili went on to explain that in the days following, the guy was angry at her and got very defensive about the whole situation whenever she tried to address it. She says he claimed "that [she] was “a tease” and “the most manipulative woman he’d ever met.” The guy proceeded to tell her that this was her fault for leading him on and saying that she “seemed like a sexual girl and that [she'd] be down for it.” 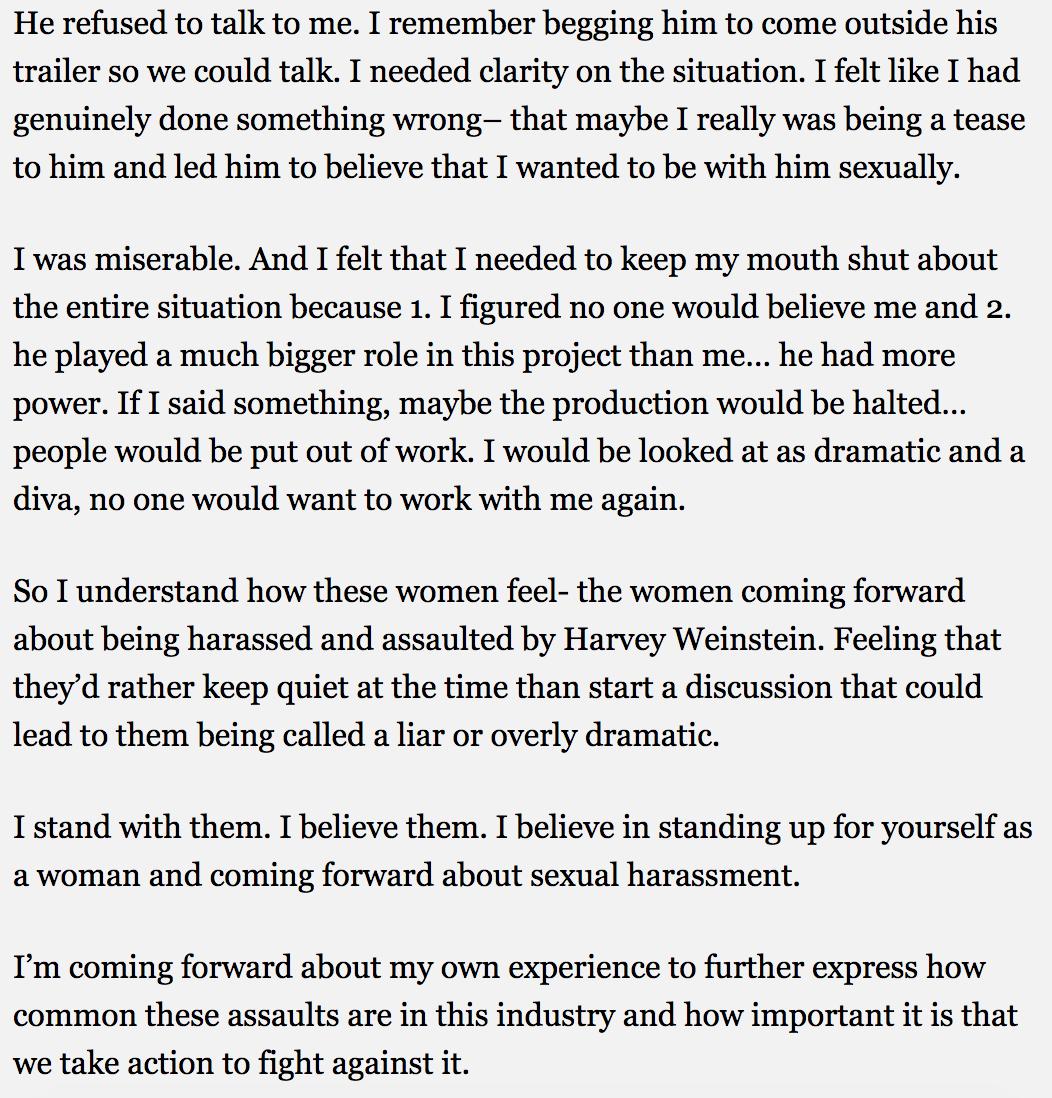 First things first, Lili's bravery in sharing her story is incredible and inspiring on so many levels. Second things second, no matter what you're wearing or how you act around men, it is NEVER your fault if you are sexually assaulted. Ever.

Recently, actress Mayim Bialik wrote a bullshit op-ed for the New York Times where she explained how how her unconventional looks had caused Hollywood men in power to ~overlook~ her and that she now "dresses modestly" and doesn't "act flirtatiously with men as a policy.” Newsflash: Sexual harassment and assault don't discriminate. It doesn't matter if you're a young, blonde actress in Hollywood, a Bio-Med student in college or a human walking on the street... it happens every day to a lot of women and how they look or act isn't a determining factor.

It's heartbreaking to know that Lili believed it was her own fault for what happened and knew that the accusation would have a negative impact on her career instead of his but now that so many women are telling their stories, we hope that this kind of thing doesn't ever go unreported again.