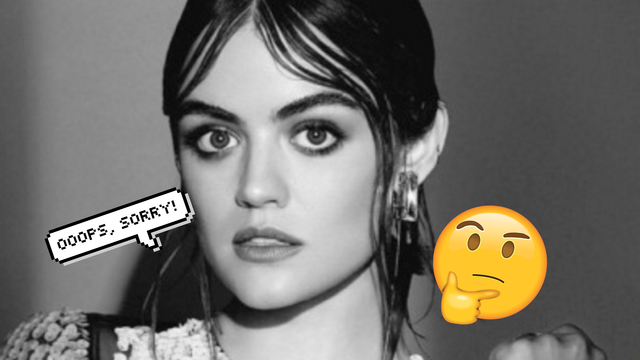 Words are hard. They're especially hard when they have context. Lucy Hale of Pretty Little Liars fame is learning that lesson the hard way after a photo caption gone horribly culturally wrong.

Here is Lucy and her caption. Notice her use of the term "baby hairs" for what only be described as slicked down adult hairs. Lucy's fully grown, 401k having, long AF hairs have been smoothed down (straight from a center part, no less) and inaccurately described using a term that carries a lot of cultural significance in black and Hispanic communities.

So naturally, people felt a way about it.

@lucyhale @Kristin_Ess Those ain't baby hairs. Those are fucking bangs, baby hairs aren't the same length as your natural hair.

Y'all snatched Lucy Hale's edges so hard she might actually look like she has baby hair now.

Lucy apologized and mentioned that she didn't mean to offend anyone, which is fair enough.

Sorry guys--I would never mean to offend anyone. Honestly, my bad. I wasn't thinking.

A lot of people didn't understand what the big deal was about Lucy's baby hair comments, so here's your lightning quick explanation about "baby hair".

What is baby hair?

"Baby hair" is the shorter hair that usually grows from the front part (or "edges") of the hairline. Styling your baby hair is often referred to as "laying your edges" or "slicking" them down, and is effectively styled using an "edge control" product and toothbrush (or other fine styling instrument). "Baby hair" is not exclusive to women of colour, but is most commonly associated with black and latina women of the 80s and 90s.

Here is Rihanna in the Caribbean rocking a low ponytail and her own baby hair. 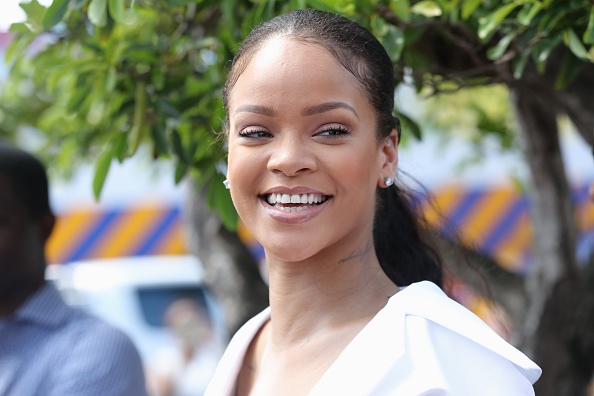 How can baby hair be considered an act of cultural appropriation?

Hair is a huge cultural signifier for women of colour (especially black women) so, "laying edges" was largely seen as a thing you did if you were from a particular ethnic/cultural background. It was not considered high fashion by trendwatchers of the 90s.

After a brief absence from cultural prominence, baby hair returned as a trend among black women. People like Katy Perry and Rita Ora decided to try out the "baby hair" aesthetic and publications like The Daily Mail started calling it a "hot new trend", hailing white women for pioneering these brave "new" looks.

So, what's the tea with Lucy?

Lucy's baby hairs were kind of a non-starter. Saying that, I don't think Lucy was trying to appropriate this style. Simply put: you don't know what you don't know. Lucy was probably trying to have some fun with a cool slang word and quickly apologized when she realized people weren't really with it (and, to be honest, her hair wasn't really with it either). No harm done, girl but, like I said, words mean things.