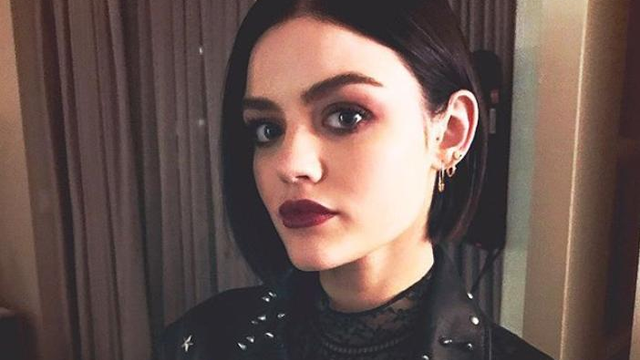 Uh-oh, this guy's insecurities are showing...

People being cruel to celebrities on Twitter is not a new thing. Some folks get brave when they're talking trash behind a computer screen and, usually, the best thing to do in these situations is to ignore the trolls.

Unfortunately, celebs can't always let the mean comments slide. Some things are worth addressing and Lucy Hale just handled one nightmare troll with a ton of grace.

When one Twitter user mocked Lucy for being on the thin side, the Pretty Little Liars star decided to respond.

The unfortunate troll claimed that "no straight men are signing off on that anorexic look", in reference to Lucy's appearance. We'll have to take that one with a grain of salt because striving for the approval of "straight men" is so 1950s and we don't care about that anymore.

Lucy has spoken in the past about her struggles with an eating disorder, even admitting that she would sometimes go days without eating. 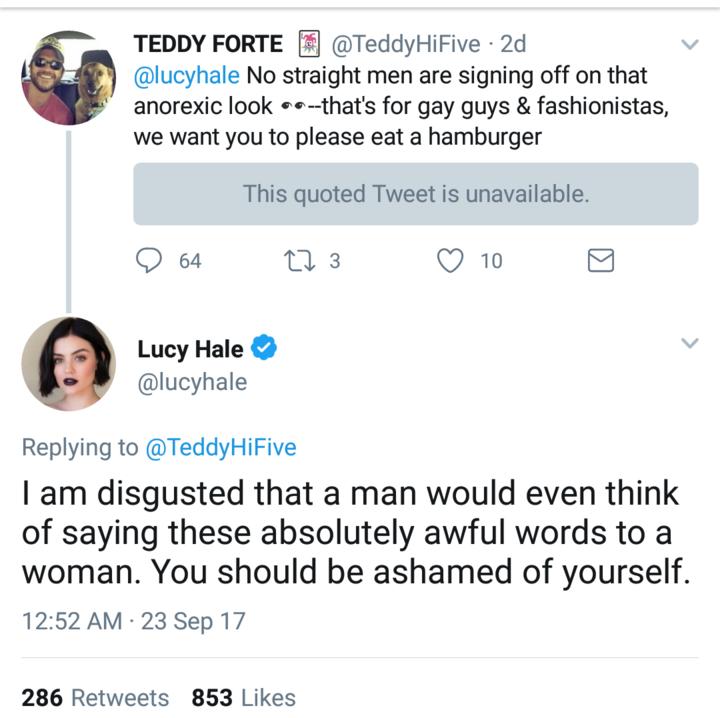 Lucy admonished the guy for his tasteless and inconsiderate words. Unfortunately, he was determined not to care that he had potentially hurt another person with his cruel remarks. 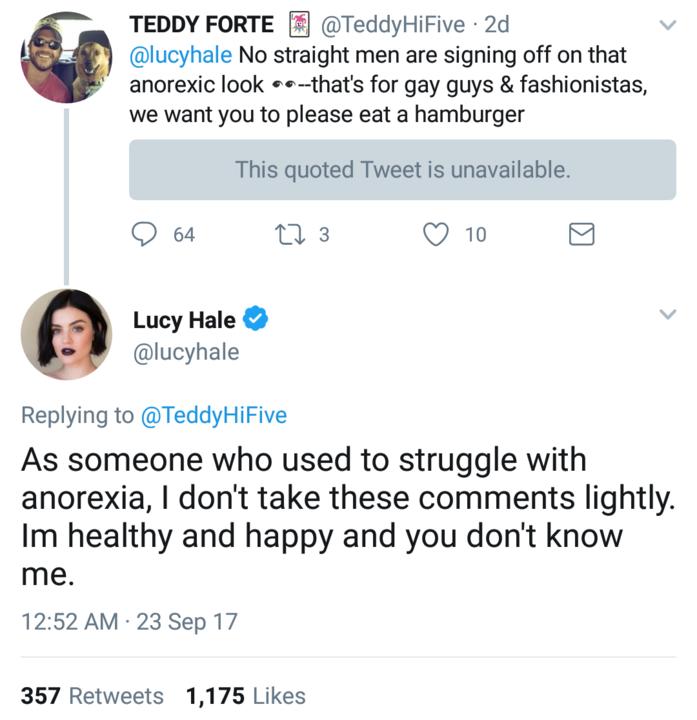 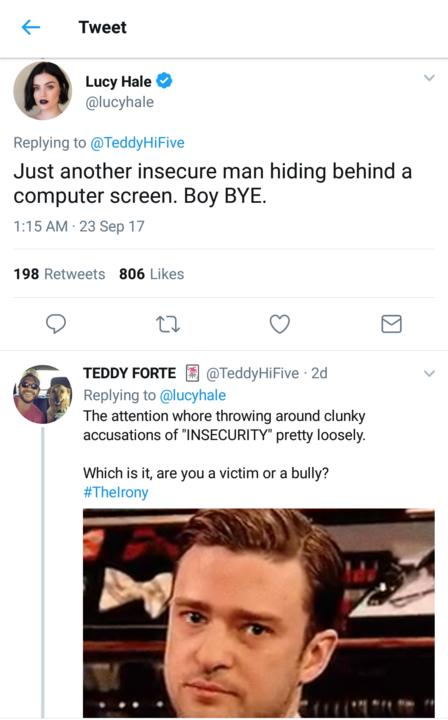 Others jumped into the conversation, pointing out that Lucy was a role model for refusing to take this lightly.

i'm so lucky to have a role model like you that doesn't take this shit lightly and will stand up for herself. you are so loved, luce.

i’m so sorry you have to deal with stupid people like this. lucy you look BEAUTIFUL, don’t ever feel otherwise. i’m so proud of you

Well done to Lucy for handling this like a pro. Self-esteem issues don't go away overnight and remarks like this can do a lot of damage. Lucy looks (and has always looked) lovely, and standing up for herself and others like this is SO important.