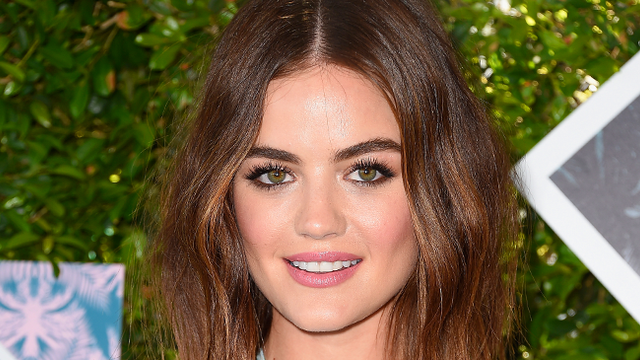 Could it be true?

Another day, another rumour about Riverdale season two! What's happened this time? Well, we're back on the Pretty Little Liars hype because someone from the cast has left a comment on one of the Riverdale cast mates' Instagram snaps and eeeeeveryone is freaking out about it.

It's not the first time a rumour about someone from the cast of PLL has been linked to Riverdale. Remember when that Tyler Blackburn rumour went viral? There was word on the street that he would be joining the cast as Betty's older brother and everybody lost it. This time, we're here to investigate the rumour that Lucy Hale will be joining the cast alongside Cole, Lili and the gang.

Madelaine Petsch shared this amazing BTS snap of Betty, Veronica, Cheryl and Josie all in their Rivervixens uniform and Lucy Hale left a comment underneath it which sent the fans into an absolute MELTDOWN. (Side note: Josie is a Rivervixen now?!)

put your leg up on my hip, when you dip I dip we dip

Lucy's comment? She wrote underneath "I wanna super impose myself into this."

But then, Madelaine responded with a comment that fans took to mean that Lucy was about to be on the Riverdale set.

LUCY HALE IS JOINING RIVERDALE??? THIS HAS ACTUALLY MADE MY LIFE.

Wait Lucy Hale is joining "Riverdale"? I thought she was doing the show "Life Sentence"??? Someone explain

So, will Lucy Hale be joining the cast of Riverdale? After a quick sleuth, the answer is probably a solid no. Seeing as she just landed the lead role in a brand new CW drama called Life Sentence which coincidentally films in the exact same place as Riverdale, it's more than likely that Lucy will be heading to Vancouver where the Riverdale squad are currently shooting and they'll probably just meet up outside of their respective

Of course, that doesn't 100% rule her out of a guest appearance and to be honest, if she ever DID join the cast of Riverdale? WIGGGGGG.

Me: "I've got a million things to get done."
Me: "let me go do the quiz that tells me which Riverdale character I am"