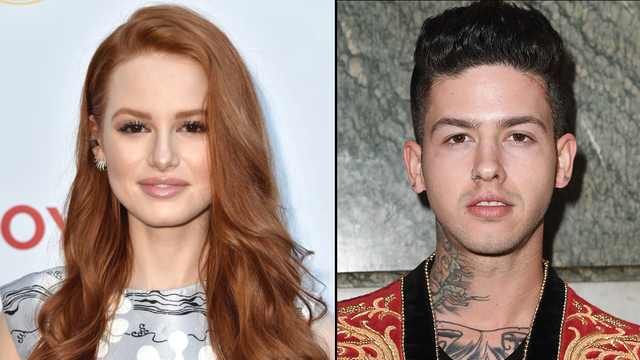 We're picturing it and it's WILD.

It's pretty hard to imagine our beloved Riverdale characters being played by any other group of people. We're still reeling from the fact that Madelaine Petsch initially auditioned to play Betty Cooper. But what if I told you that her IRL boyfriend almost played Jughead?

Travis Mills and Madelaine Petsch are pretty much goals and it was their connection to the CW drama that actually brought them together.

In an interview with Cosmopolitan, Madelaine spilled the beans on how Travis Mills auditioning for Jughead ended up being their initial connection.

He messaged me on Facebook in January of season one and congratulated me on the show. He had auditioned for Jughead. I think we just randomly had mutual friends, so we added each other. We kept in touch very rarely, not even that much, from January to February, and then the day I got back from season one in February I was bored in L.A., believe it or not. I was like, “What am I gonna do?” I got my hair cut and he texted me like, “Let's go to a movie!” We hung out and spent every single day together that I've been in L.A. since then, since February.

Judging from their social media and red carpet photos, Madelaine and Travis have THE cutest relationship. We can't help but wonder how different Riverdale would be if Travis ended up landing the role of broody Jughead.

If we squint our eyes we can kind of see it.

In an alternative universe, Travis Mills delivered the iconic 'I'm weird' speech and we're playing out the whole scene in our heads.