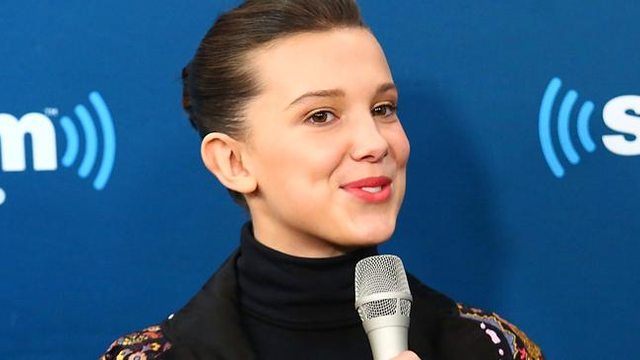 Millie is about to make that franchise moneyyyyy.

Franchise queens Emma Watson and Jennifer Lawrence are SHAKING because your favourite Stranger Things legend Miss Millie Bobby Brown has reportedly been offered the lead role in the next next Narnia movie, The Silver Chair.

According to ThatHashtagShow, Millie was rumoured to have been offered the role of Jill Pole a while back but no one currently knows where that offer stands. It's entirely possible that Millie turned down the role to concentrate on other projects.

It's not the first huge franchise role Millie has been considered for. Back in May, she revealed that she did a screen test with Hugh Jackman for the role of X23/Laura Kinney in Logan but ultimately didn't get the part.

The Silver Chair has no official release date but it's been reported that they plan to shoot the film in New Zealand at the end of 2018, with 2019 or early 2020 in mind for a release. These dates could clash with Millie's schedule on Stranger Things 3, which means she won't be able to accept the role.

So while this news is HUGE IF TRUE, we'll be holding our breath until it's officially confirmed. The internet on the other hand is living for it, regardless of a confirmation.

Just the possibility of Millie Bobby Brown starring in a Narnia film makes me so happy. Two of the best combinations.

Millie Bobby Brown in Narnia makes me so fucking happy...if the deal goes through

I hear Millie Bobby Brown was offered the role of Jill Pole. If this happens I will be ended Narnia+ST I'm goneeeeee I hope this happens

millie bobby brown being offered the role of jill pole in the new adaptation of narnia? SIGN ME THE FUCK UP

Millie Bobby Brown just saved the entire Narnia franchise by not officially being cast in the movie. A queen.