A Transgender Child Has Been Cast In "Modern Family" And It’s A BIG Deal! 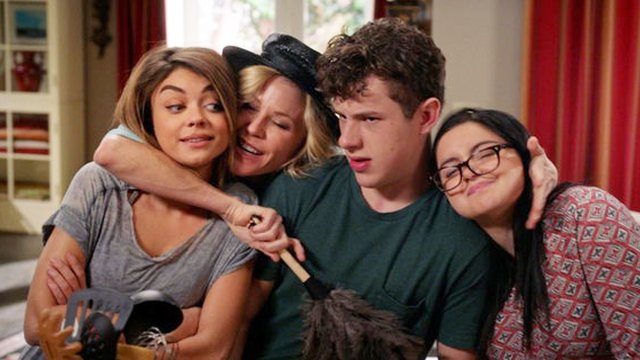 The latest episode of the comedy features a groundbreaking moment in TV history...

Director Ryan Case posted a pic (now made private) to Instagram of herself with Jackson Millarker who will appear in the episode set to air tonight (September 28th).

This is Jackson Millarker. He’s 8 years old, from Atlanta, and just happens to be transgender. He plays Lily’s friend Tom in this week’s Modern Family and he’s wonderful. One of the many reasons I love being a part of this show.

According to Variety, the plot of the episode entitled “A Stereotypical Day” sees "parents Cameron “Cam” (Eric Stonestreet) and Mitchell (Jesse Tyler Ferguson) permit their daughter Lily (Aubrey Anderson-Emmons) to have her transgender friend Tom over for a play-date. Both parents are filled with pride that they have done well in raising an accepting and open-minded child. But that pride quickly diminishes when Lily insults her friend, which they use as a teachable moment".

Plus, it is also hilarious which is nice too.

Modern Family airs on ABC every Wednesday in the US and on Sky One in the UK.