Soooo, Disney Might Be Remaking Mulan With A Pretty Unacceptable Twist 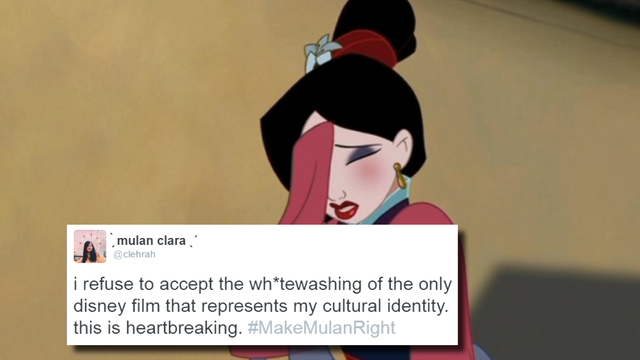 I was six years old when Mulan first hit theaters. To this day, almost two decades later, I can still call it my favourite Disney film. A female protagonist who was rebellious, hard working, and independent? Disney has been, traditionally, slow to the roll, but even my six-year-old brain knew that this film was special.

Fast forward to 2015 and the collective apprehension of people who also consider Mulan a groundbreaking film. Disney announced that the classic would meet the fate of so many other films in its animated catalog, with plans to turn the animated hero's tale into a live action film.

Fans quietly crossed their fingers and hoped that Mulan wouldn't receive the same unjust treatment that so many other poc characters get in Hollywood. Whitewashing film characters is nothing new, but many were hoping they wouldn't whitewash a Chinese legend set in China.

Production can take ages for a film like this, so imagine the collective shiver of fear when an anonymous person in the "industry" by the name of Angry Asian Man claimed he'd seen a script for the film that featured a white male love interest. The initial script is said to include a "30 something European trader" and please God no.

People felt strongly about the revelation.

the title is "legend of mulan" but mulan is a secondary character & a white man is the lead in a movie abt China? o k #MakeMulanRight pic.twitter.com/vqrci0dS5U

i refuse to accept the wh*tewashing of the only disney film that represents my cultural identity. this is heartbreaking. #MakeMulanRight

#MakeMulanRight there was no white man in Mulan and there never will be. White people don't need to be in every goddamn movie.

We don't need a white man to save China in Mulan. That's what Mulan is for. That's literally her role. #MakeMulanRight

"mulan will be a secondary character with a white male love interest in the live action movie" #MakeMulanRight pic.twitter.com/HUOdz6XDCr

A white savior for Mulan clearly rubs people the wrong way and Disney were relatively quick to promise that Mulan would not go down in flames like this.

Vulture is reporting that a source close to the film has clarified the news. "The spec script was a jumping-off point for a new take on the story that draws from both the literary ballad of Mulan and Disney’s 1998 animated film [...] Mulan is and will always be the lead character in the story, and all primary roles, including the love interest, are Chinese."

That's like, fine, or whatever. But you can understand why people don't trust Hollywood.

Mulan holds a very, VERY special place in my heart for being my first fave Disney film. Please don't mess this up. Please. #MakeMulanRight

@Disney Seriously, whoever wrote that script, DROP THEM. They clearly don't see what made animated #Mulan a special film. #MakeMulanRight

The real story of Mulan is exceptional. She was a warrior who took her father's place in battle, became the pride of her nation, and refused to accept medals for what she considered her duty.

The Disney animated adaptation inspired so many young girls at a time when Disney princesses were usually wide-eyed damsels eternally hoping a man would save them from one predicament or another. Girls like me needed Mulan as not only a heroine but as a person of colour.

Please, Disney, give Mulan the live action story she deserves. A Chinese lead; a Chinese love interest; a Chinese legend told on screen. Her story is worth too much not to. 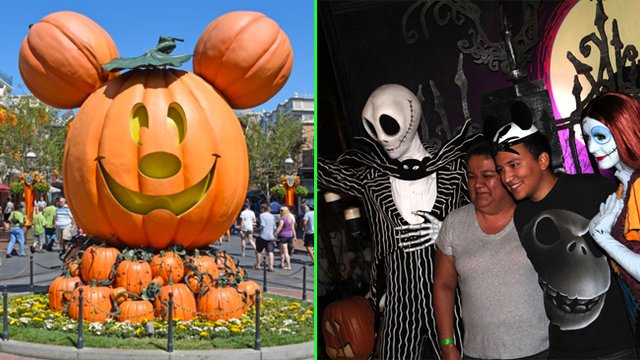