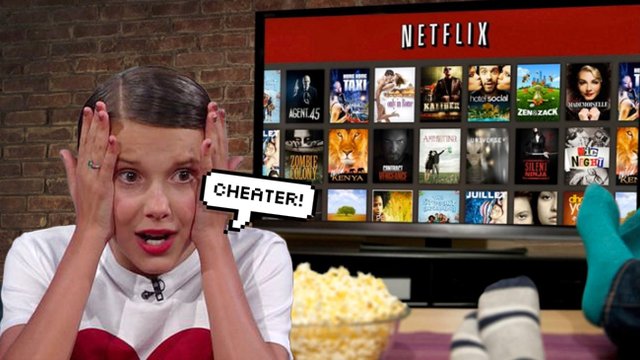 A new infidelity crisis is sweeping across the UK as thousands of couples have admitted to committing the ultimate betrayal of their partner - Netflix cheating!

Yes, 72% of Britons have watched a TV show ahead of their loved one behind their back according to a new Netflix survey of 30,267 people (to be incredibly exact).

Drama shows are the most tempting, with Breaking Bad inspiring the most cheating and American Horror Story in a close second place.

Well, when the storyline is that crazy, can you really blame anyone who needs to get an early sneak peek?

In other shocking statistics, 52% of people don't think Netflix cheating is bad at all while 9% think it is worse than having an actual affair (some deeper relationship issues going on there clearly).

Check out the survey's full findings in this handy graphic below: