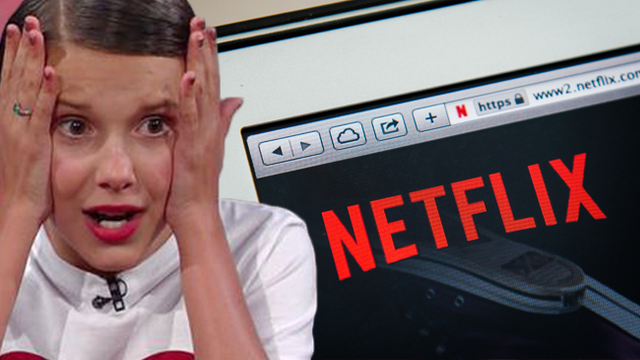 Netflix are reportedly putting together a brand new feature that will change the way you watch your favourite TV shows forever.

They're creating a viewing experience in which users can decide what happens in the show they're watching for themselves. That means you'll be able to change the direction of storylines, create your own drama and presumably even stop any traumatic fictional deaths from ever happening on your screen ever again.

These type of "Choose Your Own Adventure"-esque viewing experiences already exist on YouTube and on DVD and they're pretty freakin' amazing.

A source told The Daily Mail that Netflix are "doing work on branch narratives so you are actually making choices as you watch. All the content will be there, and then people will have to get through it in different ways. We'll see how it plays out. It's an experiment. We'll see if it gets much success. For creators, it's new territory."

The streaming platform are creating these interactive shows for kids in 2017. If they're a hit, they'll consider implementing them onto new shows for all of us grown ups out there. It's not yet known if they'll then add this feature to the big Netflix MVPs like House of Cards or Orange Is The New Black but if they do, you might end up with the power to get President Frank Underwood impeached or make Piper disappear foreverrrrrrrrrr.

You know, this could have really come in handy when Barb on Stranger Things needed saving. *sigh*