A Musical Episode Of "Once Upon A Time" Is Coming But There's A Twist... 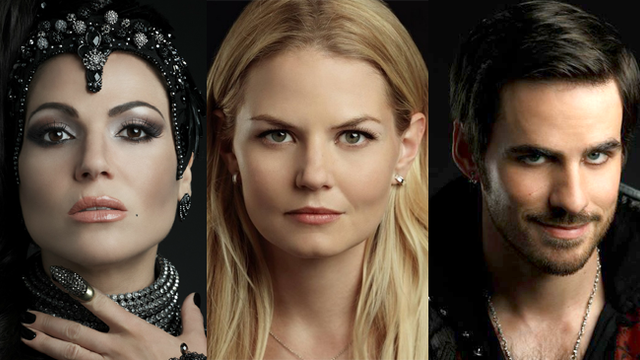 You're not gonna like this... or maybe you will?

There's been a fair few musical episodes of our favourite TV shows over the years; Buffy The Vampire Slayer, that was a good one. Grey's Anatomy, Scrubs, Community... they all made the jump. Supergirl and The Flash just had one too.

But the one we have gathered you all here today to discuss is Once Upon A Time. Yes, the fairytale/Disney drama series is getting it's own freakin' musical episode and we can't cope.

Executive producers Adam Horowitz and Edward Kitsis officially announced at ATVFest in February that a musical episode will be heading our way later this season. And now, dearies, that season is upon is.

According to EW, the episode, entitled 'The Song In Your Heart' will air on May 7th and will serve as the basis for the ~SPOILER~ wedding of Emma and Hook. *screaaaaams*

But here's the catch. Just when you thought that the show would serve up some of the Disney classics we've come to know and love over the years, you thought wrong. There's going to be ZERO Disney songs in the musical episode. So you can forget about that 'Tale As Old As Time' rendition right now.

BUT there will be seven original songs written by Broadway composers Alan Zachary and Michael Weiner and cast members Jennifer Morrison, Colin O'Donoghue, Lana Parrilla, Ginnifer Goodwin, Josh Dallas and Rebecca Mader will all be lending their vocals during the episode.

As long as we get a few sultry numbers from Hook, that'll be MORE than ok with us.