You Literally Won't Even Recognise What Padma Patil Looks Like Now 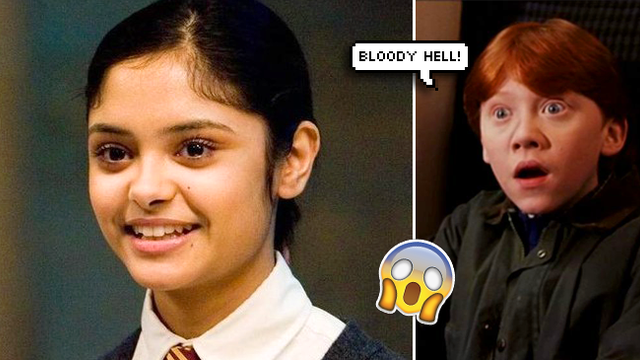 That Ravenclaw glo-up though!

Remember Padma Patil? The sassy Ravenclaw who went to the Yule Ball with Ron, while her twin sister Parvati got dragged along with Harry? Of course you do! She's a Hogwarts legend!

The last time we saw Padma at Hogwarts, she was helping the injured in the Great Hall during the Battle of Hogwarts. No one knows what she got up to after leaving Hogwarts but her real life counterpart is currently blowing up on social media thanks to her glo-up.

Actress Afshan Azad is now 28 and hasn't appeared in anything since Harry Potter but she has been spotted at Comic Con India still repping for the Wizarding Squad.

Some are even saying that she looks like Kylie Jenner.

And she thinks the whole thing is hilarious!

The Kylie Jenner of Bangladesh you know  who comes up with this stuff?!?  https://t.co/0QQvFwNUHj

Honestly, with eyeliner that sharp she could have defeated Voldemort on her own.