Pennywise Costumes Are Being Banned From Schools For The WILDEST Reason 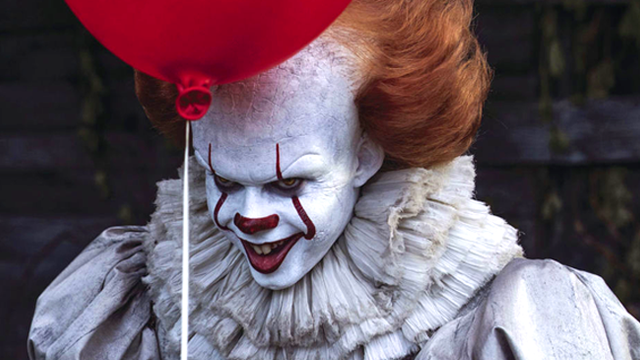 If you wanna dress up as the 'IT' clown for Halloween, you may wanna check these rules first...

The biggest Halloween costume of 2017 is more than likely to be Pennywise, the dancing clown and terrifying villain at the centre of this summer's horror movie smash IT.

But, if you are a student in California, you may want to rethink the outfit as the Los Angeles Unified School District have banned all clown costumes within their local schools for the second year in a row - including Pennywise.

IndieWire reports that the ban has occured in order to keep students safe after a series of weird clown attacks last year with even one online gang in Northern California calling themselves "ClownGang" (hell of a name) threatening to kidnap or even kill students in the area.

A school district rep stood by the decision in a statement:

"The clown costumes were banned due to incidents that occurred when the suspects wore clown outfits, and posted the images on social media sites. This happened last October. These masks prompted warnings from law enforcement agencies around the region."

Other banned costumes in the area include "makeup that may obscure the identity of an individual may be worn on campus" and all "weapons, toy weapons, or replicas of weapons are allowed".

But hey, look at the brightside LA school kids - at least now you don't have to worry about the million other Pennywises turning up with better costumes than you.