There's A Low-Key Pennywise Reference in "AHS: Cult" And You Probably Missed It 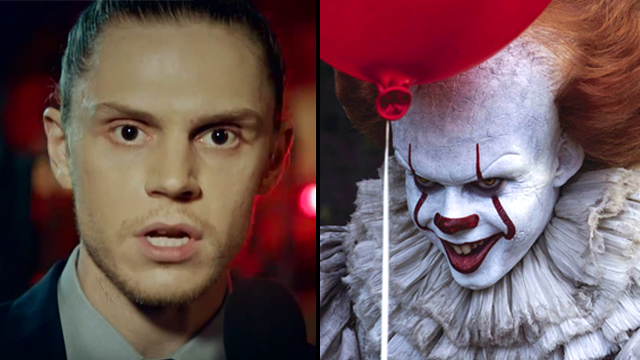 Clowns are really having a moment right now, aren't they? They're everywhere. On the news, in your favourite TV shows, in your favourite movies. And now, to make things worse, we've just clocked a very subtle visual clue that connects AHS: Cult to IT and once you see it, you'll never sleep again.

Cast your minds back to August when Ryan Murphy so kindly decided to release the opening credits for Cult, complete with the return of the beloved iconic AHS theme tune.

The new credits have some pretty terrifying visuals; there's bees crawling over each other, bugs creeping out of body parts, blood, clowns and most horrifyingly of all, there's two people donning Trump and Hillary masks. Honestly, when will the nightmare end?

But there's a very small blink-and-you'll-miss-it homage to the most iconic killer clown of all time, Pennywise, in one of the short scenes and we bet you never even made the connection before.

As one of the clowns crawls out of the coffin, a single red balloon floats up before he makes his presence known. Remind you of anyone?

If you've seen IT, you'll know that the sight of a red balloon is a MASSIVE warning sign. The simple image of a single red balloon floating through the air means Pennywise is seconds away from manifesting and killing his next victim. He often uses the balloon to lure his child victims into danger.

We haven't seen the ominous appearance of the single red balloon in the actual show yet but we know that AHS loves to sprinkle pop culture references throughout the seasons so there's definitely still time for the insane clown posse to ~borrow~ the aesthetic of one of their biggest inspirations. (The reference was also made in during the Freak Show credits.)

Fingers crossed Oz doesn't end up falling for the ol' balloon trap in his sleep.