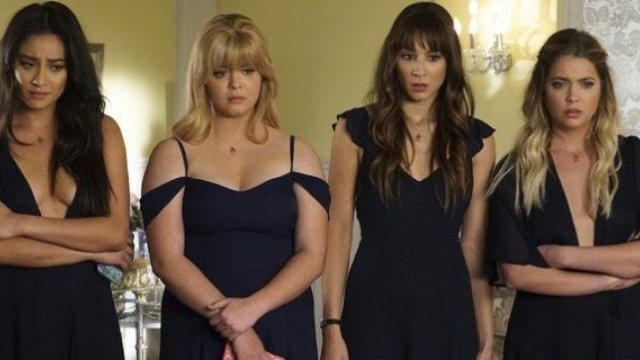 The power of the fandom.

Pretty Little Liars bid a final farewell to fans after 7 seasons of suspense, drama, and intrigue. After a long and nerve wracking year of trying to crack the the identity of A.D., fans finally got the answers they were looking for in the explosive series finale.

So! Everyone's mind was well and truly blown after the treacherous A.D. was revealed to be Spencer's evil twin sister, Alex Drake. Sure, PLL internet sleuths pretty much sussed it out ahead of time, but it was still a shock to see it unfold.

Alex unveiled her entire soap opera-esque identity via the power of exposition and it was definitely a wild way to end the series. But, what you may not know about the Spencer twin reveal, is that is was a fan theory before it was ever an official plot line on the show.

If you're a massive PLL fan, there's a decent chance you may have encountered the evil twin as 'A' theory at some point. Lucky for us, Troian Bellisario aka Spencer, also encountered the theory and passed it along to show runner, I. Marlene King.

Marlene has actually spoken in the past about how much she liked the concept and a recent PLL reddit thread put two and two together.

In an interview with Elle, Troian revealed that she and Marlene kept the ending a secret from the start of season 5 up until now (although Troian was known to "jokingly" tell fans she was A.D.).

Sooo basically, a really imaginative fan heavily influenced a major plot point on the show and we still can't believe it. This isn't the first time a show has looked upon fans for some inspo.

Camila Mendes recently revealed that Riverdale's writers do parse through twitter and fan sites. Let that be a lesson guys. Plant your favourite theories nice and early. Who knows? It might just become endgame.