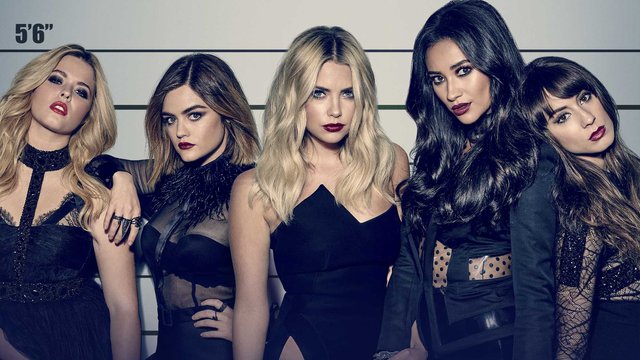 The showrunner and castmembers are spilling some early details about a potential follow up show as the teen drama wraps up its final season.

Don't worry Pretty Little Liars fans - your show may be coming to an end but rumour has it a new spin-off series could be on the way soon.

"It's not a for sure thing, but there’s some ideas swirling around out there. Everybody knows I love this world. I love to play in this world and I love these characters, so it would be fun to keep a few of them moving forward in their lives."

Marlene remained tight-lipped about who the spin-off may focus on but Vulture caught up with a few of the cast members recently who all picked the same subject: Alison.

Lucy Hale was particularly enthused about the idea:

"I love her character! I love all of you guys, I even love Aria, but I think you have so many places you could go because you have such a messed up past"

Hopefully we'll see something develop sooner rather than later.

Which character would you wanna see in a PLL spin-off show? Let us know over on our Twitter and Facebook pages.