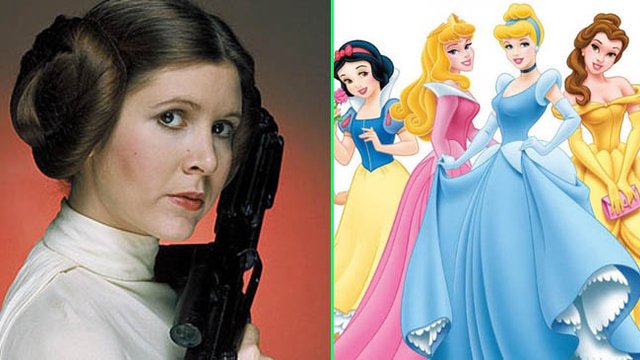 One fan has an idea for the perfect tribute to the late Carrie Fisher...

After the sad news of the death of actress and writer Carrie Fisher, one fans has called for Disney to add a posthumous tribute to her most beloved screen character...

Cody Christensen has started an online petition to convince Disney to include Princess Leia among their official squad of Disney Princesses.

Cody spoke to Geek magazine to explain the motivation behind her suggestion:

I started the petition because it was something that bugged me since Disney bought the property. Disney had princesses and Leia was a Princess. Then I found out that Disney had set rules for who could and couldn’t be a princess. (Supercarlin brothers video) With Carrie’s death, I think that it’s time to change the rules.

The petition is aimed at Disney CEO Bob Iger and asks "that the Walt Disney Corporation hold a full ceremony inducting Leia as the newest Disney princess as well as a special service in memory of Carrie Fisher".

So, should Leia be an official Disney princess or not? It's certainly a nice idea to do a tribute ceremony and seeing Leia around the theme parks would definitely be very cool. But Star Wars was around long before it was taken over by Disney and, lest we forget, she was more than just a princess - by The Force Awakens, she was a fully-fledged general!

What do you guys think? Let us know below and you can sign the petition here.