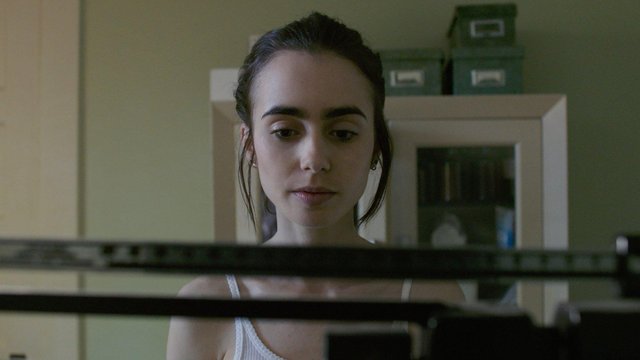 There is nothing inspirational about this.

It's no secret that Netflix has made some bold content choices this year. Earlier in 2017, 13 Reasons Why hit the streaming service, causing some to brand the series "harmful" to at risk teens. This month, To The Bone, a film about anorexia, starring Lily Collins, has garnered mixed reviews. Beyond those mixed review lies another problem which may have real world consequences.

Whether you enjoyed To The Bone, or thought it was an unrealistic portrayal of ED recovery, there is no getting over the fact that pro-anorexia accounts have used imagery from the film as "thinspo". 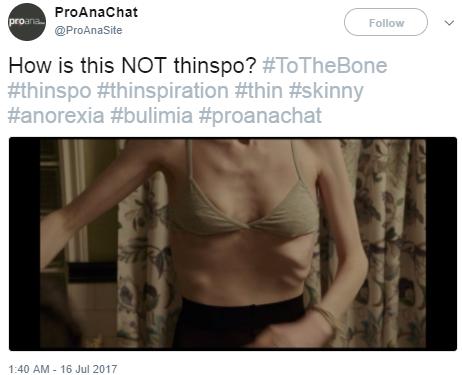 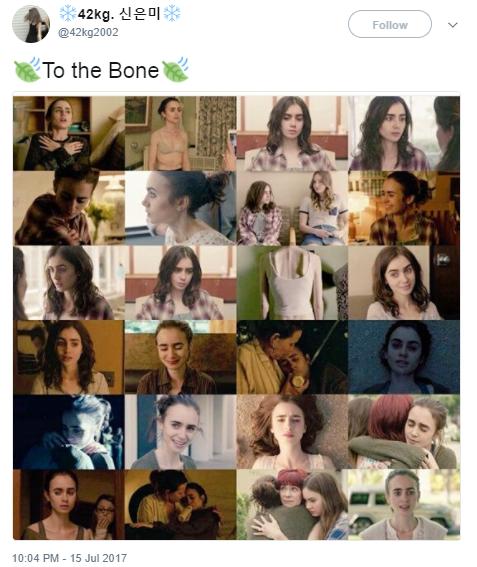 Thinspo refers to "thinspiration", another way of describing the use of another person's body as a goal for weight loss. While the film went through serious efforts to tell the story through the (literal) lens of a ED survivor, that effort becomes almost counter-productive when images from the film are used on "pro-ana" accounts.

Counter to what was, perhaps, the "spirit" of the film, To The Bone is not for people who are struggling with an eating disorder. Some have noted that the reality of hunger pains and nausea are absent from the story, leaving behind a hauntingly beautiful Collins in heavy eye makeup. 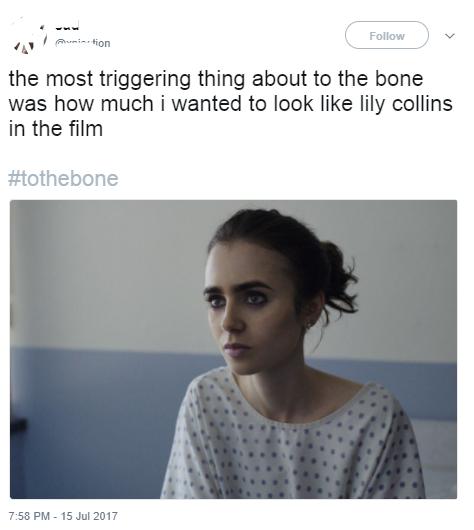 CEO of The Butterfly Foundation, Christine Morgan, spoke to HuffPo Australia about the film, saying, "there is a real vulnerability to copycat behaviour, so if you are suffering from an eating disorder and you see graphic representations of what somebody is doing or has done there is a very real risk of copycat behaviour. It's not a logical choice somebody makes, they're driven to it."

While the film covers a serious topic with grace, wit, and a fair bit of charm, there is no denying the fact that these stills of Lily Collins' body will circulate in pro-ana forums for years to come.

It is clear that Netflix are taking a huge creative risk by telling stories that are uncomfortable and hard to watch. While these stories and their lessons need to be highlighted, the criticisms of gratuitous displays of suicide and eating disorders may present a learning opportunity for Netflix.

We need to make sure that people who are at risk of developing these disorders don't view these actions on screen as aspirational in any way. A huge part of that is working diligently to ensure that pain and illness don't become a spectacle in these productions.