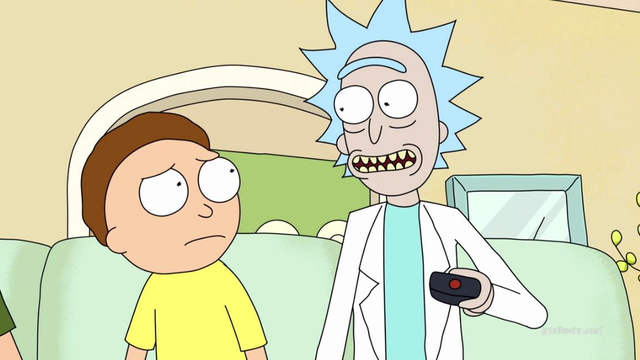 A new commercial from the Adult Swim cartoon gets rid of one of your fave memes in one cruel 30 second clip.

Season 3 may have already finished, but Rick & Morty still found time to kill off one of it's most beloved (and most meme-worthy) characters.

The Adult Swim cartoon has made a habit of creating short ad campaigns for a wide variety of products including, most recently, Old Spice deodorant:

All good fun but as some eagle-eyed fans have spotted, the giant cans of Old Spice cruely do away with one of our fave minor figures from the show - butter bot!

Yes, the tragic breakfast-based robot from Season 2 episode "Something Ricked This Way Comes" spawned many memes and fan edit videos after his brief, but hilarious appearance.

However, we now know that the butter bot's fate was particularly grim as he is eaten by a giant Old Spice can in Morty's bedroom. Gutted.

Fans came together to mourn on social media using the hashtag #RIPBUTTERBOT.

We will miss you butterbot... even though all you really had one job...pass the butter #ripbutterbot pic.twitter.com/kOSGAk9SEx

It truly is a tragedy.

So, next time you pass someone the butter, spare a thought for our fallen comrade. He's passing the butter up in heaven now.