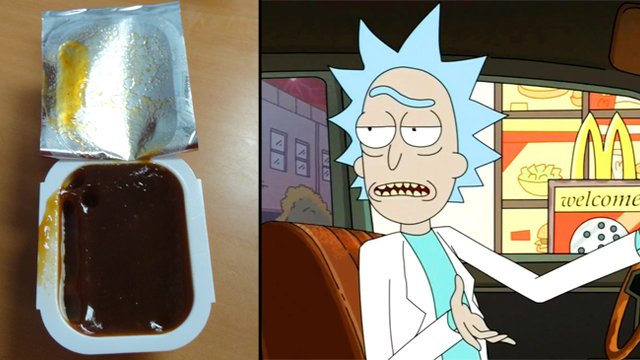 McDonald's fans have suddenly started demanding the return of a novelty item from the 1990s, with thousands of people signing an online petition calling for Szechuan McNuggets dipping sauce to be added once again to the menu.

The sauce was originally released back in 1998 to promote the Disney movie Mulan and, despite its obvious deliciousness, was discontinued as the movie left theatres and tragically never revived.

So why the sudden interest in this particular condiment?

Well, it's all to do with this guy:

Subsequently, fans took to the internet to show their love for all things Szechuan on social media:

You know what we want. Make it happen.#szechuansauce

Wonder how many people show up to McDonald's asking for Mulan Sezchuan dipping sauce today.

If McDonald's brings back that nugget sauce bc of Rick and Morty, I will get a Rick tattoo on my ass. I SWEAR TO GOD.

But it gets even better as one fan took things further, setting up a Change.org petition to send to the fast food company that, at the time of writing, has gained more than 11,000 of its required 15,000 signatures.

And if you can't wait that long, there's even an original box up on ebay at the very reasonable starting price of $100:

(Well, it's probably just a printed picture of it but still...)

No word yet from anyone over at the Golden Arches but, even if it never returns, those useful types over at Reddit appear to have cracked the recipe so you can make it at home:

Comment from discussion (AMA Request) Someone who has tried McDonald's Szechuan sauce.

Looks like Rick can be kept happy after all!