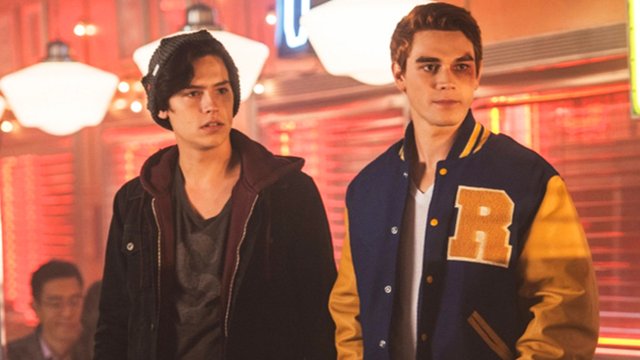 All is not right in Juggie land.

Judging by this preview clip from the next episode, it looks like Jughead and Archie are heading for a serious falling out. Watch below:

In the clip, Archie interrupts what looks like a baby shower for Polly (ummm lol) to confront Jughead about why he didn't tell him that his dad, Forsythe Jones, is part of the Southside Serpents.

The Southside Serpents are a gang of criminals that live and operate on the fringes of Riverdale. Their murky dealings aren't something people want to be getting involved with and, as you know, Archie's dad, Fred, has given Forsythe a second chance to work for his construction company, despite being an alcoholic mess. Fred has taken a huge risk taking Forsythe back and we wouldn't be surprised if it came back to bite him in the ass.

Veronica and Betty step in during the clip so we don't find out how Archie found out or if they managed to settle the argument. Let's hope they do, especially as Jughead is now living in Archie's house. It would be sad to see Jughead out on the streets again.