Riverdale: This Is Why Archie Andrews' Fake ID Says His Name Is "Wilbur Wilkins" 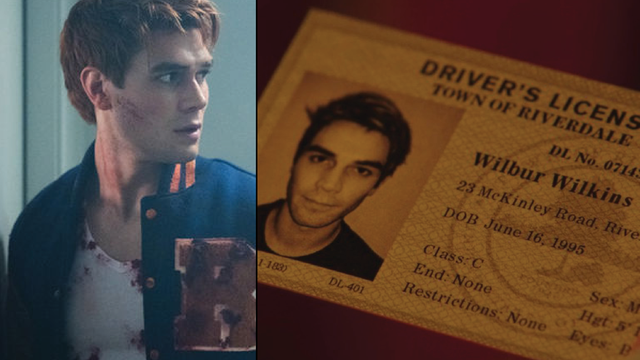 Did you notice this clever easter egg?

Riverdale writers love their little nods to Archie Comics history. Whether it's the name of the town's trendy drug, "jingle jangle", or a reference to an Archie Comics spin-off, Groovy Goolies, you can pretty much count on a callback to the show's iconic comic book history in every episode.

In season 2 episode 4, "The Town That Dreaded Sundown", Archie's crusade against the black hood killer enters dangerous territory when he decides to buy a gun (for reasons that aren't entirely clear). Our Golden Boy is veering sharply into the dark side, isn't he?

Of course, Archie is only 15 years old, so it would be difficult to legitimately obtain a gun. Skirting the law in this instance is easy for Archie, who simply produces a fake driver's license. Hidden in that fake ID is an obscure piece of Archie Comics history that you definitely missed if you weren't looking. 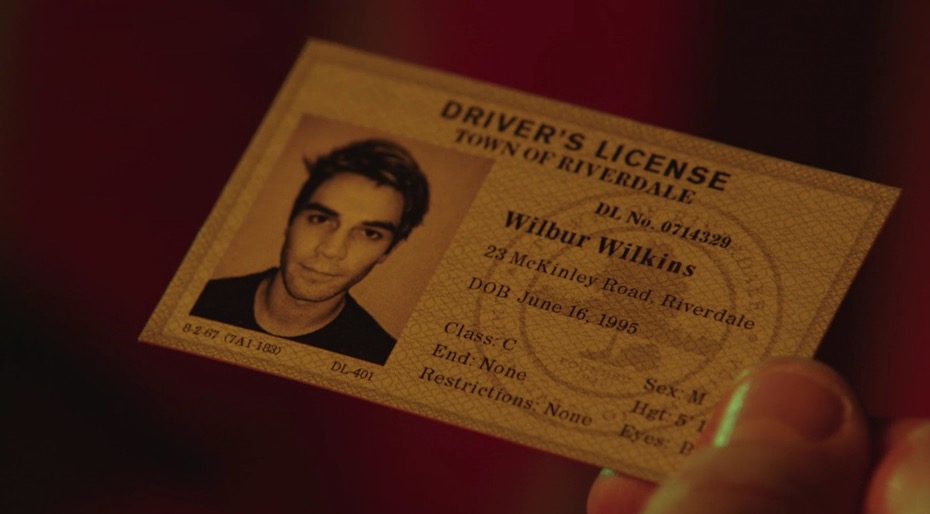 We're just going to ignore the fact that this "ID" looks like it's been printed on a business card.

If the name "Wilbur Wilkins" seems old-timey AF (and not like the name of someone born in 1995) that's because it's a name of a comic book character from the 1940s.

Who is Wilbur Wilkins?

The name Wilbur Wilkins appears to be an homage to a comic book character by the name of Wilbur Wilkin. Wilbur Comics ran from 1944 to 1965 and was published by Archie Comics (initially called MLJ).

Wilbur first appeared in print three months before your favourite redhead, Archie Andrews. Though relatively lowkey in the wider Archie Comics universe, there appears to be some cross-over between characters that appeared in the Wilbur comics and those that appeared in Archie.

Riverdale writers letting Archie borrow the name of one of his contemporaries from the 1940s is definitely the kind of thing that keeps us HOOKED each week. Well played, guys. Well played.